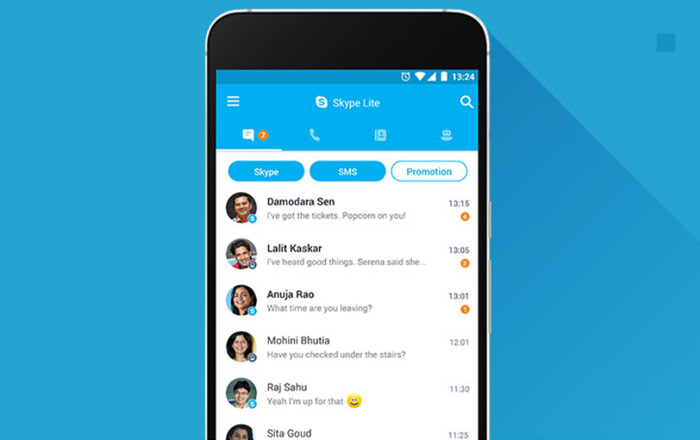 Microsoft is trying to woo customers in India with a lightweight alternative to Skype simply called Skype Lite. The Android version of the app is currently up for downloads, with no word on an iOS avatar.

Skype Lite was built from the ground-up in India and is only meant for users in the country. It weighs in at less than 13MB and is tailor-made to adapt to varying network infrastructures found across the nation since connectivity can oftentimes be spotty and unreliable.

Microsoft claims that Skype Lite uses less data to send and receive messages, in addition to consuming less data when making voice or video calls. The company asserts that the application runs smoothly even on 2G speeds and hogs less power, key advantages for people who own older or entry-level handsets.

Skype Lite includes a number of India-specific features such as spam SMS filtering, India-focused Skype Bots, and mobile data and Wi-Fi usage monitoring. The tool promises to be less taxing on a smartphone’s battery compared to the regular app by compressing large photos and videos.

Interestingly, Skype plans to introduce Aadhaar verification as a feature to the app by June 2017. The facility lets users authenticate the identity of strangers by asking for their credentials. The person in turn will get an OTP on the phone linked to their Aadhar number. They’ll then have to enter it to prove their identity.

Microsoft envisions that this could be used in a range of scenarios such as government verifications and job interviews. Skype Lite is available in 7 languages namely Tamil, Telugu, Gujarati, Hindi, Marathi, Urdu, and Bengali. You can download it via the Google Play Store.