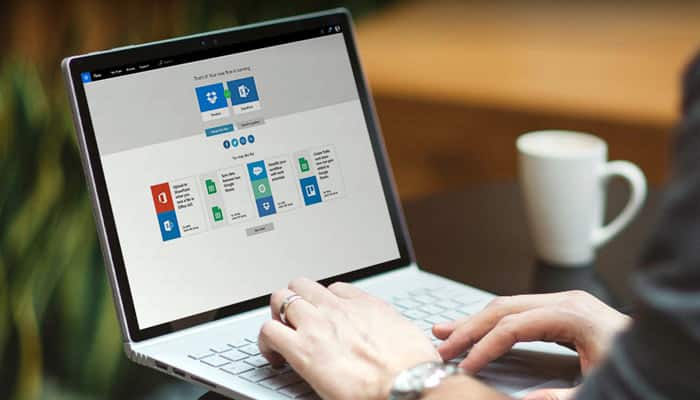 Microsoft has come out with its own version of an If This Then That (IFTTT) service dubbed Flow. Simply put, the tool allows an action taking place in one platform to trigger a response in another automatically.

For instance, a user could set up a workflow where a text gets sent to their phone when their boss emails them or a team gets notified when a change is made in a Dropbox folder. Microsoft Flow has several such templates for connecting a number of different platforms. The service is free and open to anyone with a work or school Office 365 account.

In a blog post, Microsoft asserts that it supports more than 35 different platforms and plans to add more in the future. Some of the notable ones include Dropbox, Twitter, OneDrive, Google Drive, SQL, GitHub, and MailChimp. The site for the service lists numerous possible connections between two outlets to make organizing data much more streamlined.

Flow could prove to be very useful to power users who are juggling several different tasks at once and like to get things done smoothly. The brand is clearly targeting large organizations like businesses and schools with the tool. Private individuals could also get a lot out of the service, especially in today’s multi-connected landscape.

For example, heavy tweeters who want to keep track of what’s going on in Twitter could set up a workflow where tweets about a particular subject are automatically saved to an Excel file. As for the future of the tool, Microsoft is now looking to add more features to Flow on a weekly basis. You can sign up for the service here.