The wait for the latest Nokia phones is almost over as Microsoft will unveil the Lumia 730, Lumia 830 and Lumia 930 in India on October 1. Now, while the invite being sent out doesn’t make any mention of the three handsets, we’re more than certain of their launch as they’ve already been listed on the Nokia online store with coming soon labels, but sadly without prices.

The Nokia Lumia 930 is the flagship smartphone which offers the same features of the Lumia 1520, but in a smaller design. The exterior flaunts a 5-inch 1920 x 1080 pixel display on the front and a 20MP PureView camera on the rear. Other components of the handset include 32GB internal storage, a 2.2GHz quad core Snapdragon 800 SOC, 2GB RAM and a 2420mAh battery. 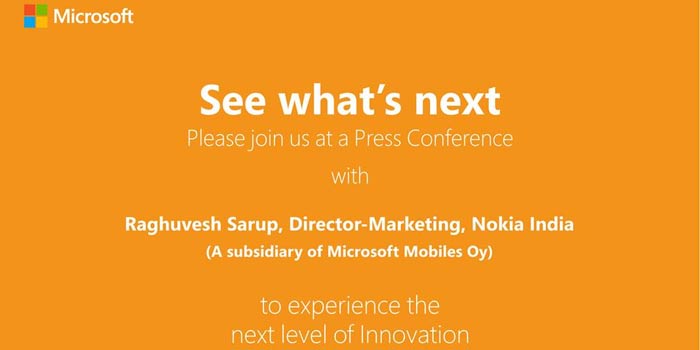 The Lumia 830 is the first mid-range smartphone to offer the PureView technology. Microsoft has equipped it with a 10MP main camera and a 0.9MP secondary shooter on the front. The display here is a 5-inch 1280 x 720 pixel panel, while the innards comprise of a 1.2GHz quad core Snapdragon 400 CPU, 1GB RAM, 16GB storage, 128GB microSD card support and a 2200mAh battery.

Last on the list is the Lumia 730 which is also known as Microsoft’s first selfie smartphone. The handset is the only one amongst the three to offer dual SIM support. It’s also a mid-range release as it delivers an HD display and a quad core processor. 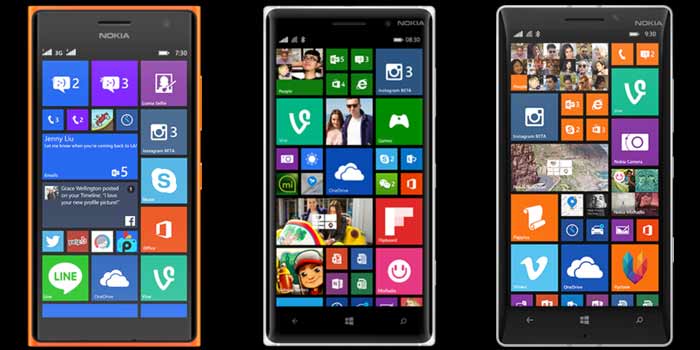 You can head over to the Nokia Indiatimes store for more information on the Lumia 930, Lumia 830 and Lumia 730. All three smartphones run on Windows Phone 8.1 and they come with the Lumia Denim update as well, which tags along numerous new features.