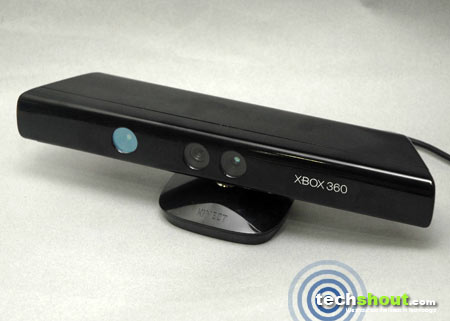 Going one step ahead in video game interaction is the Microsoft Kinect for Xbox 360 which is here for a review. With this offering, you can have your own ‘Minority Report -like technology’ and perform cool waving actions like Tom Cruise in the movie. Since its days of being known as ‘Project Natal’, we have been intrigued at the possibilities of controller-free gaming. Video games have forever been associated with add-ons such as a keyboard, controller or joypad. The Nintendo Wii controller and PlayStation Move may just be the beginning of the technological advancement in gaming. We now get a chance to experience the once-unthinkable by reviewing the Kinect and acquiring a ‘hands-on’ of the product.

The Microsoft Kinect is a black glossy rectangular gadget that sits horizontally atop a small base with an adjustable pivot. The innards are blessed with software and range camera technology formulated by Rare and PrimeSense respectively. Imagine kicking a ball, boxing with bravery, running in place, making a driving skid with just charades and gestures. To compliment the elated experience, we indulged in four exciting titles that captivated our interest and blew us away in their special little way. These included Kinectimals, Kinect Sports, Kinect JoyRide, and Dance Central.

We first slid the Kinect Sports CD into the tray and commanded it shut as we began indulging in some athletic events that were sure to get our adrenaline pumping. As we observed with this game and others, the juices certainly flowed so quickly that we had to keep a sweat-band handy. Coming back to the sporty offering, it comprised of three game modes namely Main Event with 6 sports activities, party play and mini games. We could try our hand or rather leg at some virtual soccer with a friend. Hurling the bowling ball down the alley was next on our agenda. Right from picking up and positioning the ball in our hands to spinning and rolling it out onto the lane, we experienced a very intuitive response without having an actual ‘weigh-a-ton’ orb in our grasp. 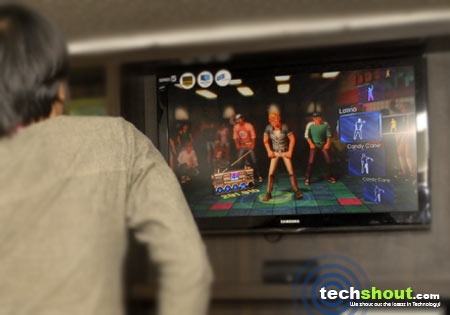 Beach Volleyball however demanded a high roof for extending your arms up in the air to deliver that winning slam. Boxing allowed us to take the name of Muhammad Ali and punch the living daylights out of our opponents. The title further offered table tennis which could be enjoyed without a table, paddles or that ping pong ball. Just the use of our arms and competitive spirit did the trick. Track and field was the culprit that nearly got us straining a muscle. Sprint, javelin, long jump, discus, hurdles were the different fun indulges.

Need for Speed and Gran Turismo seem to offer you the best in driving reality when it comes to burning rubber on the tarmac but can you really stretch your arms out in that mock driving position to feel like part of the game? Well, the Kinect Joy Ride provides you with this very opportunity. After we placed our arms in front of us, we were able to zoom down racing lanes full speed. Along the way, we could execute awesome stunts, drift, flip, spin, roll and even boost by using different body movements. Performing an exciting suite of actions gets the crowd into a mad frenzy and gathers up fans along the way which in turn, contribute to obtaining various unlockables. 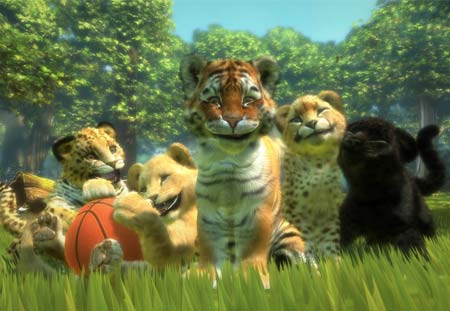 We now come to one of our personal favorites, Dance Central. In this game, we actually got a chance to let our hair down and shake a leg. The songs were handpicked to offer the best in ‘booty-banging’ and ‘hip-twisting’ action. So as the game demanded, we got down and got funky with tracks such as Poker Face, Evacuate the dance floor, Maneater and more belted out by Lady Gaga, Cascada and Nelly Furtado respectively. The motion-sensing device perfectly tracked our moves as we took to the dance floor like a hungry wolf in a sheep’s pen. The dance steps were very innovative in nature as well as easy to follow. For those who want to lose those unwanted calories and have fun while doing so can opt for the Workout Mode which displays the Kcal lost after each song.

Last but not least is the adorable Kinectimals. Through the game, we were introduced to panther, Bengal Tiger, cheetah and lion cubs that looked oh so cuddly in all their little innocence. But these feline friends proved otherwise as they turned out to be naughty little critters. We could pet our ‘pick of the litter’ by rubbing behind the ears and even christening it with a name. We could teach it tricks such as sit, roll over, jump and more. We were also found perching ourselves in silly positions like lying on the floor to make it play dead. If tricks get a tad too monotonous, there are other toys like a ball for playing some good old ‘fetch’ or a swanky remote control car. This game will surely delight the little ones who especially exit the zoo premises wailing, ‘Mommy, I want that baby tiger!’

The Microsoft Kinect is a great option for not only engaging in individual gameplay but also a fine tool for getting the family together and spending some quality time with each other. Board games like Scrabble, Pictionary, Monopoly and others were already gathering dust upon shelves with the release of Hasbro’s Family Game Night titles. But the Kinect takes the cake when it comes to multiplayer fun and sky rockets the term ‘co-op play’. In games like Kinect Sports, Kinect JoyRide and Dance Central, we are sure your shy side will take over as the Kinect takes pictures of all your movements performed in reality as you swayed in tandem with the onscreen demands. So while indulging in a treat or two, we urge you to put your ‘game-face’ on. 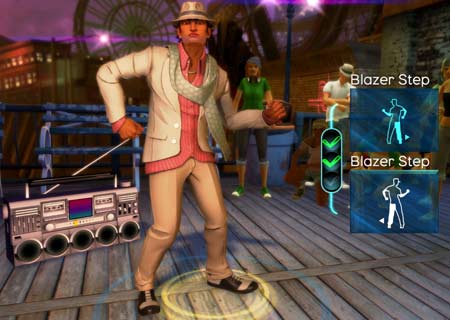 ‘You are the controller’ is the tagline Microsoft bestows upon the Kinect and as we’ve experienced, you are ‘most certainly’ the muse of amusement here. Besides operating the in-game functions and options, we could perform other actions as well. For example, during a hectic round of a dance routine, you may need to take five. All you have to do is simply suspend your left hand to a 45 degrees angle and voila, the game pauses and various options are laid out before you. Besides using the long arm of the player to pause the game, Xbox 360 owners can also acquire the same results via the joypad. But then again who wouldn’t want to get the most out of feeling like some sort of magician waving their hand about to get the job done?

Besides the natural user interface detecting actions, the Microsoft Kinect also responded to the right command said by the player. Right from shutting the tray to entering the Dashboard, all actions were carried out through voice.

Co-operative gameplay is one of the device’s best aspects.

The Kinect may just be priced a bit too high for some gamers.

A wide space is required for gameplay.

Microsoft Kinect for Xbox 360 is certainly a revolutionary gizmo that will have you glued to the television for hours on end. But be warned, it’s cautionary to keep a can of muscle sprain spray and crepe bandage nearby not to mention an energy drink and the air conditioner on full blast. After taking a huge bite of these cutesy games, we are left wondering how hard-core action-oriented titles would appear through the Kinect. Well, if your vision is something like ours, be prepared to go down on your belly and practice stealth attacks by the edge of the wall. Till then, we are only left with hope and aspirations for this motion-sensing device. And yes, onlookers and nosy neighbors may think you have lost a screw or two performing actions in front of your television set but we know better, don’t we? A 9.2 out of 10 rating is bestowed upon the Microsoft Kinect. It can be picked up for Rs. 9,990 individually or Rs. 22,990 when bundled with an Xbox 360 console.