Following multiple leaks in the past months, Microsoft has finally taken the wraps off its second generation Surface tablets. The new lineup comprises of the Pro 2 model which runs on Windows 8.1 and Surface 2 which is designed for the RT 8.1 platform. Both slates will be available for pre-order starting today via Microsoft and Best Buy stores in the US and Canada.

The new series is said to have various improvements including a better display, camera resolution, processing power and battery life. Surface Pro 2 is touted as a laptop replacement and it’s capable of running almost all Windows applications. The device has a fourth generation Core i5 processor that delivers enhanced performance and approximately 75% more battery life. Memory provisions have been increased as well. You’ll have the choice of either 64GB or 128GB with 4GB of RAM, while 8GB of RAM comes with 256GB and 512GB options. 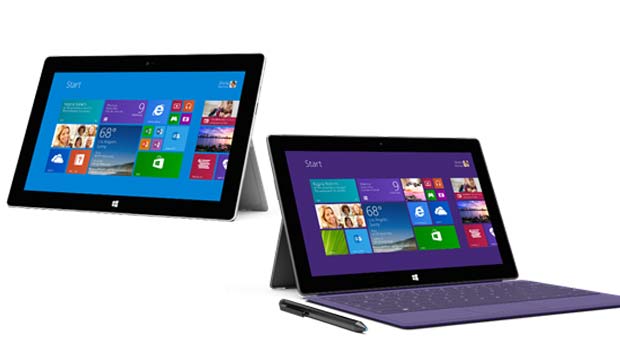 Surface RT didn’t do quite well, but Microsoft is still going for round two with a successor. This one comes with the latest Tegra 4 SOC from Nvidia along with various upgrades from the previous generation. Surface 2 will have a 10.6-inch ClearType full HD display, a full-size USB 3.0 port, dual 1080p cameras (3.5MP front and 5MP rear) with enhanced low-light performance and up to 10 hours of video playback on a single charge. Apart from these, the tablet is also thinner and lighter than its predecessor.

Buyers will have access to Xbox Music as well as receive Office Home & Student 2013 RT and Outlook 2013 RT preloaded for free. A new range of accessories have been announced for both slates. They include the Touch Cover 2 and Type Cover 2 which are upgraded versions of the originals, Power Cover that delivers a keyboard as well as an extended battery, and Docking Station for the Pro variant, amongst others. 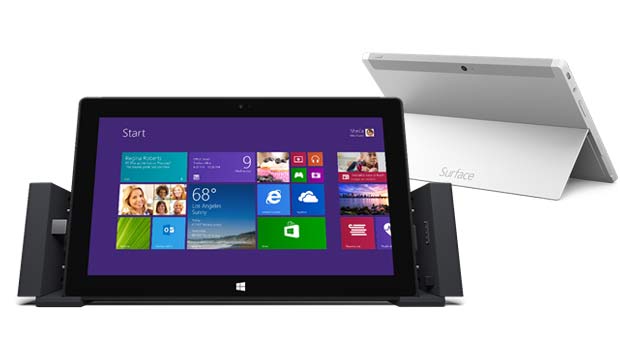 The Surface Pro 2 price starts at $899, while the RT powered version is tagged at $449 for 32GB of storage. A 64GB model will also be available. Both tablets will start to ship on October 22.