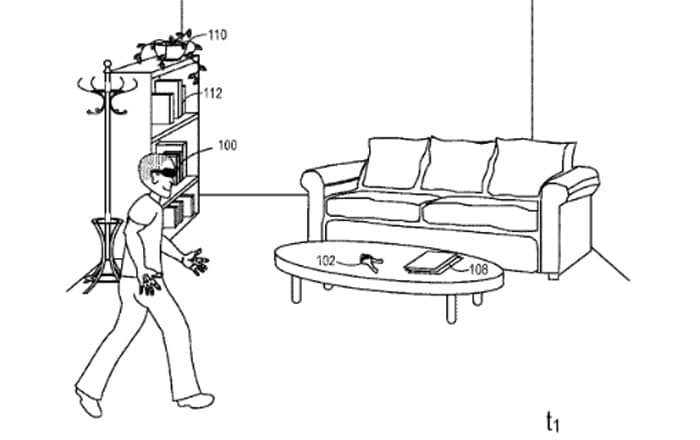 Microsoft’s been dabbling around in AR through projects like its HoloLens goggles for quite a while now. A new patent filing now sheds some light on its futuristic plans for the technology.

Microsoft’s patent for Object Tracking imagines a world where AR headsets like the HoloLens are everyday gadgets worn frequently. In such an environment, the device would be able to keep an eye on a user’s surroundings constantly. Video footage could be processed and used to single out and identify objects.

This is where things get interesting, as the augmented reality eyewear could store information such as an object’s location and characteristics remotely or locally. A person may then ask the gadget to locate it if they can’t find that particular thing later on. The primary advantage here is that the headset would be able to pore through the data it’s gathered and tell them where the item was last seen.

Microsoft goes as far as to suggest that multiple users with tracking devices could be constantly on alert for changes to the object’s position. This means that if another person has moved it the headset would still be able to tell where the item was at the moment by sharing information with the other glasses.

Microsoft thinks continuous object tracking could be useful in cases where a person has lost their keys, phone or wallet. Instead of wasting time looking for their possession by using their own unreliable memory, they could utilize their AR goggles’ AI memory.

The AR headset could even analyze that the milk carton in a fridge is running low and subsequently remind the owner about that when they’re browsing through the dairy section of a grocery store. The entire endeavor sounds like a boon for forgetful people, though it does raise some privacy concerns since the device would keep a constant track of their life.