Two top-tier Microsoft smartphones, namely the Lumia 830 and Lumia 930, have been given the special treatment through premium finishes. Both devices which carry flagship status in their respective categories (mid-range and high-end), will soon be available in gold.

The premium versions of the Microsoft Lumia 830 and Lumia 930 have been making headlines for the past few days and the company has now made them official. Unlike previously rumored, the gold edition duo won’t be limited to China only and will be making their debut in other markets as well, but probably in limited quantities. 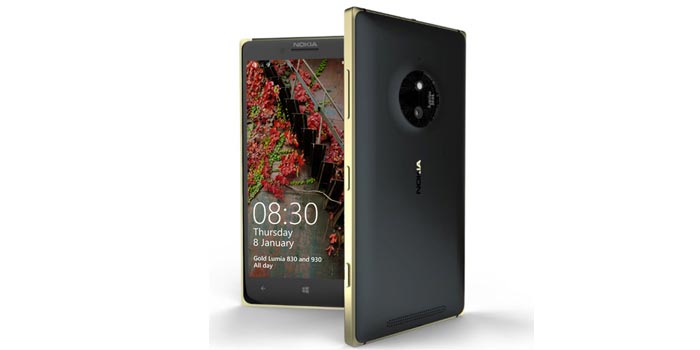 What’s different in these models is that Microsoft has given them an anodized gold color scheme for the sides, while the rest of the body will come in options of black and white. No other modifications have been carried out to the design and the internal hardware remains untouched as well. Both smartphone are camera-focused releases and offer the PureView technology.

The Lumia 830 brings the popular imaging technology to the mid-range via a 10MP main camera with Carl Zeiss optics and OIS. The device offers a 5-inch HD screen with Gorilla Glass 3 and is powered by a 1.2GHz quad core Snapdragon 400 SOC. The Lumia 930, on the other hand, is the main flagship offering top-tier specs and a 20MP PureView snapper. More information on the handset can be found at this link. 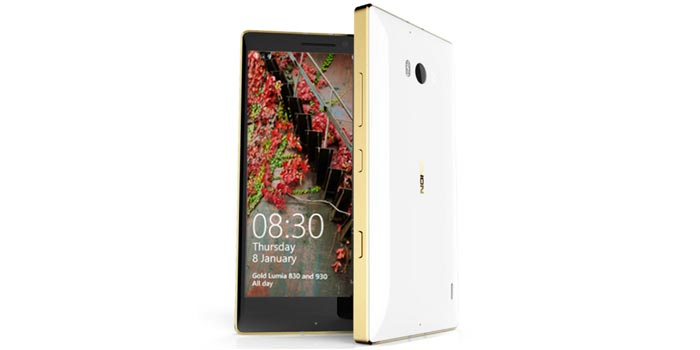 Microsoft notes that the Lumia 830 Gold edition will be available in Africa, the Middle East, Asia Pacific (including China and India) and Europe in February. The Lumia 930 will also go on sale is the aforementioned locations except India starting this week. Price details are yet to be disclosed.