Microsoft eyes Yahoo acquisition in an effort to bring Google down 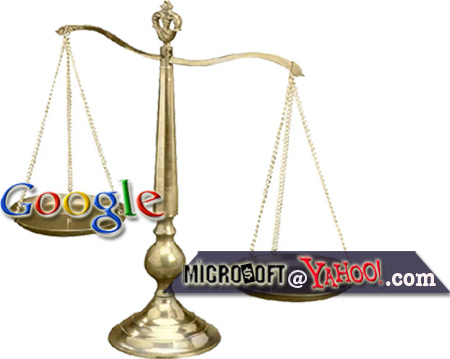 Software giant Microsoft has reportedly made a bid to buy Internet search giant Yahoo Inc. for around $42 billion in cash and stock. The possible marriage between the two technology powerhouses was realized on Thursday night, when Microsoft sent over a letter to Yahoo’s board, offering $31 per share for the Internet search giant.

Everybody knows that Microsoft is hugely threatened by powerful search giant Google, who also happens to be a rival to Yahoo! Now, Microsoft seeks to join forces with Yahoo, so that together they could possibly take down Google.

According to Internet audience researcher comScore, Google’s share of the global Web search market has reached 77%, while Yahoo remains in the second place with 16% and Microsoft lags far behind with just 3.7%.

However, Microsoft really hasn’t said anything out aloud regarding what it plans to do once it acquires Yahoo as a brand. However, one thing’s for sure-the change will be drastic. But, as the old folks would say, “Change is good!” The possible outcome of the Microsoft-Yahoo marriage is yet to be determined. One can only guess the outcome as of now.

Pacific Crest Securities analyst Bendan Barnicle said that Microsoft wanted to do things that could possibly build up its online business dramatically. “This is going to be a big bet for them. But I also think it’s where they see the market going, so they really need to get there. This is more than a shot across the bow at Google, because you put these two guys together who are basically two and three in search and this makes they far more relevant,” he explained.

Apparently, Microsoft CEO Steve Ballmer told analysts at a conference call that the deal would transform its money-losing Internet division, which it sees as critical to growth, into a profitable pillar of its business.

”We have been losing money. Our plan here would be to not lose money in the future,” Ballmer was quoted as saying.

In fact, Ballmer even said that Microsoft had held discussions with Yahoo “on and off for the last 18 months.”