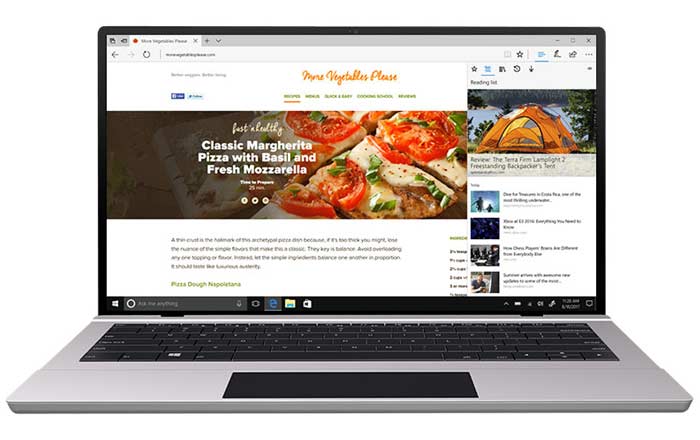 Microsoft has been very aggressive about promoting Edge as the best browser out there for all your internet needs, even as Chrome continues to be the most popular choice amongst consumers. However, one of its executives was recently forced to give up on Edge and switch to Chrome right in the middle of a presentation.

This sounds like a pretty embarrassing situation to be stuck in, made even more hilarious by the fact that Microsoft itself uploaded a YouTube video of the incident (head to the 37 minute mark). The blunder took place at a Microsoft Ignite conference while the company was extolling the virtues of Azure.

Presenter and Azure director Michael Leworthy was busy demonstrating how to migrate data when Edge refused to load a list of virtual machines. He tried to make light of the situation by quipping that “he loved it when demos break.” He forged on nonetheless, using Cortana to search for Chrome and installing the rival browser.

This elicited a wave of laughter and clapping from the audience. At one point, he unchecked the option to share usage statistics with Chrome, joking that he wasn’t going to help make Google better. The presenter then offered an explanation as to why this blunder occurred in the first place.

According to him, the Edge browsers on the machines being used were a bit locked down, so some things just didn’t work. It’s possible he was using a beta version of the browser, which would make them a bit unstable. Still, there’s no denying the hilarity of watching a Microsoft employee admitting defeat so quickly and switching to Chrome like all of us do.