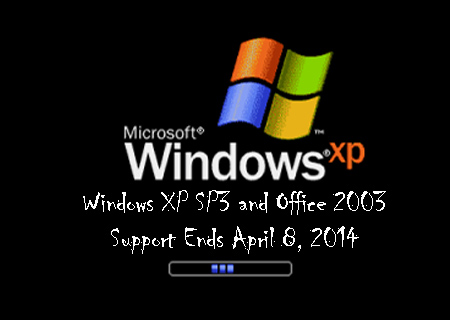 The end of support countdown for Windows XP and Office 2003 products comes as a reminder from Microsoft for users to migrate to newer versions of the services. The company has also listed out a number of tools and resources to assist businesses with the migration.

The Redmond-based developer has already made it clear that on April 8, 2014, it plans to discontinue all support for the two aforementioned services. By switching to newer versions of Windows and Office, Microsoft states that users will be able to make their businesses even more productive and secure than running XP.

Stella Chernyak, a Microsoft marketing director expressed, “Windows XP and Office 2003 were great software releases for their time, but the technology environment has shifted. Technology continues to evolve and so do people’s needs and expectations. Modern users demand technologies that fit their personal workstyle and allow them to stay productive anywhere anytime, while businesses have an ever increasing need to protect data and ensure security, compliance and manageability. It is in a company’s – and its employees’ – best interest to take advantage of the modern Windows and Office software that is designed with these needs in mind.

To make things convenient, the company has provided a few tools to help with the transition. They include the Microsoft Deployment Toolkit, Windows Intune, Office 365 and Springboard Series. The Windows XP platform was launched back in 2001 and has been well adopted by many users worldwide. And according to the official Windows blog, the recent version of Microsoft’s OS is said to have over 525 million licenses sold since its launch.

As we’ve already pointed out, Windows XP and Office 2003 products are scheduled to hit their deadline on April 8, 2014. The main purpose for the end of support countdown is to persuade users to migrate to newer software versions such as Windows 7 and Microsoft Office 2010.