Microsoft continues to taunt Google with Android based Nokia X2

So the rumors were absolutely spot on – Microsoft wants to indeed continue with its Android series through the Nokia X2 smartphone which is now official. The handset runs on a forked version of Google’s mobile OS and swaps out the native interface as well as services for the Redmond giant’s own features.

Microsoft made it pretty clear through its Conversations blog that there was an Android launch taking place today and the Nokia X2 was our best bet. There was some confusion, however, with regards to what platform the device will be based on. But that’s now cleared up with the company officially announcing the phone as an Android powered device. As previously rumored, the company has added a dedicated home button to make navigation easier. 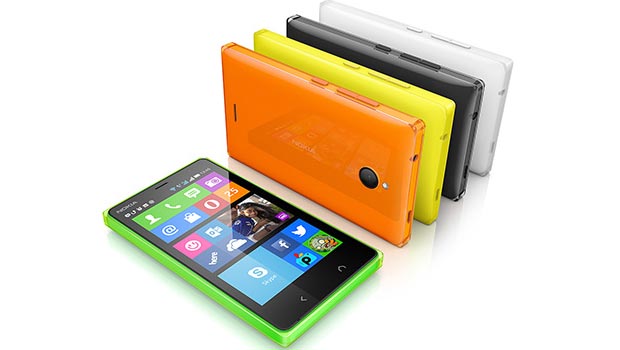 But the key isn’t represented as the Windows logo as a previously leaked image depicted. Instead, it looks quite similar to what you’d find on other Android devices. Various enhancements have been carried out to the software. Amongst them is the new apps list UI which enables quick multitasking and a convenient way to manage running applications, and the tile color-picker feature for providing more personalization options for the start screen. Microsoft has also thrown several of its services such as Skype, Bing Search, Xbox games, Nokia Store, Here Maps, Outlook.com and OneDrive amongst others.

Here are the key specs of the Nokia X2:

The Nokia X2 is already available in select locations around the globe. The phone is priced at €99 before taxes and it comes in color options of glossy green, orange, white, matte dark grey, glossy yellow and black.