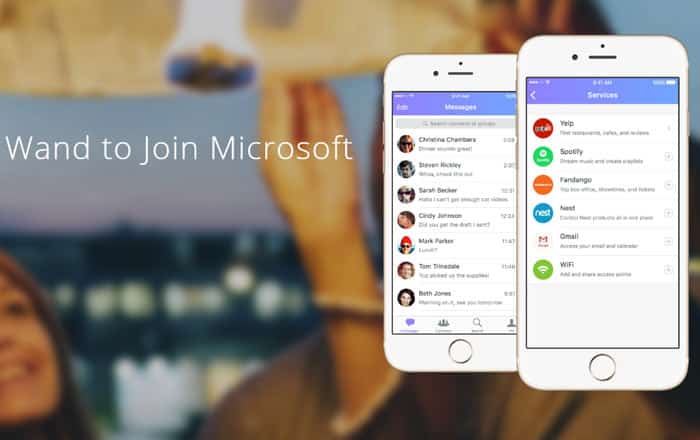 After buying LinkedIn for the mind-numbing sum of $26.2 billion, Microsoft has now decided to purchase Wand Labs, a three-year old startup known for making intelligent messaging apps. This move has been aimed at strengthening the conversational AI tools of the parent company which are facing stiff competition from those of Google and Apple.

The financials of this deal have been kept a secret, but what’s interesting is that the CEO of Wand Labs has previously spent around seven years at Google where he has worked on the search giant’s Now platform. He hence seems like a good fit for Microsoft’s Cortana division which the company hopes to make more conversation friendly in the near future.

Microsoft has touted Wand Labs’ expertise in the fields of semantic ontologies, services mapping, third-party developer integration and conversational interfaces. It has also said that that all this will help a great deal with the work they are putting into the areas of intelligent agents and chat bots.

Earlier this month, Microsoft surprised everyone by purchasing LinkedIn for a whopping $26.2 billion. Under this deal, the CEO of the business-focused social networking company will carry on with his role, but will report directly to Satya Nadella.

Microsoft will slowly begin the process of integrating its features with those of its very own services moreover. LinkedIn will somehow creep its way into various Microsoft apps like Office, Skype, Cortana and more.

With Microsoft having bought LinkedIn and Wand Labs in the same month, we won’t be surprised if the Redmond giant goes for another purchase soon in what looks like a well planned shopping spree.