Microsoft ‘Bug Fix’ Cripples Internet Explorer 7 instead of fixing it 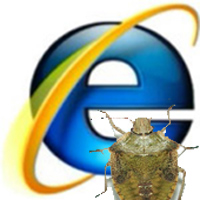 Installing Microsoft’s latest six-bug patch earlier this month proved costly for many computer users. Many people discovered that they were not able to use Internet Explorer 7 (IE7) soon after installing the latest patch fixing six bugs that was issued earlier this month.

Microsoft’s security team has acknowledged this problem and has even published some temporary fixes for it.

Christopher Budd, Program Manager, Microsoft Security Response Team (MSRC) in a blog post said, the problem is that after applying the update, users may see a “File Download- Security Warning” dialogue box raised when starting Internet Explorer. After they close the dialogue box, they end up not being able to start IE.

According to Budd, the problem is faced by those users who have moved the Temporary Internet Files directory, which is used as IE’s cache folder, to some other location.

In such a case, IE would no longer have proper access rights to the folder in its new location, and would display the warning and refuse to run.

The Microsoft Security Response Team (MSRC) has reportedly generated a support document with two workarounds that users can apply to fix the problem. The first workaround is to simply return the cache folder to its previous default location, and the second is to grant the required permissions to the folder in its new location.

However, there are some users on the Windows Update support who are still complaining of problems with their IE7 in spite of them not removing the Temporary Internet Files (TIF) director.

Microsoft added that the problem affects IE7 on both Windows Vista and Windows XP SP2.