Microsoft Band fitness tracker comes to the US today, priced at $199

The new Microsoft Band has made its debut, and its makers have revealed that it will be going on sale as early as today, albeit only in the US. Priced at $199, this device works across multiple mobile platforms, and comes equipped with a whopping ten sensors meant to track the wearer’s activities.

A little bird had told us a short while go that the Redmond giant was hiding a wearable in its repositories. But what we were expecting to be a smartwatch, has actually turned out to be a fitness band. The said report had also mentioned that the device will work across multiple platforms and feature long battery life. These details have turned out to be spot on. 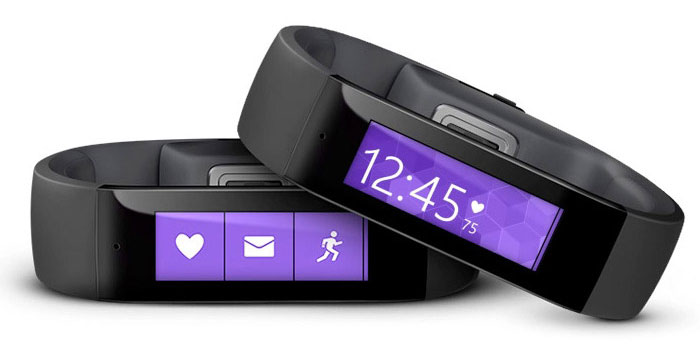 The Microsoft Band will come with a companion app named Microsoft Health for Windows Phone, Android as well as iOS devices, and in fact, the application is already live on the respective stores of these platforms. The gadget comes with two 100mAh batteries which can keep it going for as long as 48 hours on a single complete charge.

The ten sensors it carries onboard include an optical heart rate monitor, a 3-axis accelerometer, a gyrometer, an ambient light sensor, a skin temperature sensor, a UV sensor, a capacitive sensor, a galvanic skin response monitor, a microphone and GPS. That last component allows the Band to track your movements even without a smartphone being paired with it.

This new Microsoft gadget kicks in a 1.4-inch TFT touchscreen display bearing a resolution of 310 x 102 pixels. Apart from fitness data, it will also showcase notifications from your mobile devices using Bluetooth 4.0 LE connectivity. It collects and stores the fitness data of its users, and even provides intelligent observations and suggestions based on it.

Like we said, the Microsoft Band will be released in the US today at $199. The Microsoft Health app can be downloaded now through the Windows Phone Store, the Play store and the App Store.