Microsoft badly wants you to quit Windows XP, trade-ins getting $100 off on new PCs

In a bid to make people quit using Windows XP which it’s set to stop supporting next month, Microsoft has come up with yet another deal for US buyers. It’ll be offering a $100 discount on new Windows 8 PCs to all those who have their PCs infused with the ancient XP platform, the launch of which took place back in 2001.

After twelve whole years, Microsoft is ready to say goodbye to possibly one of the most popular pieces of software it has ever developed. It will be cutting support to the OS on April 8, and the company is advising those who have it installed on their PCs to switch to later versions for a better experience. 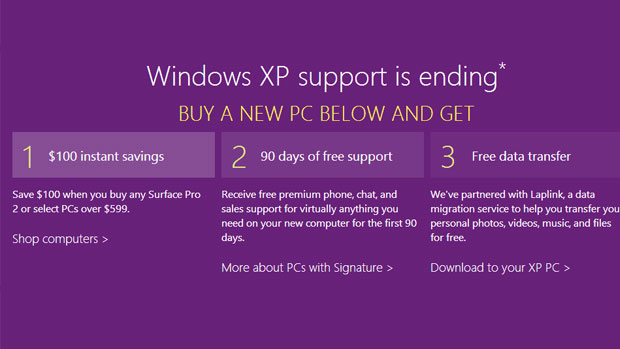 Anyone who owns an XP machine in the US can now swap it against a fresh Windows 8.1 computer to get $100 off the price of the latter. A few conditions of course apply to the deal. First among them is that the new PC should at least cost $599. Moreover, it should only be bought through a retail or online a Microsoft Store.

In the event that one decides to do it online, they need not trade in their old machine as well. All they need to do is buy the new Windows 8.1 PC through their Windows XP machine, and the store will recognize the OS to give them their due discount. 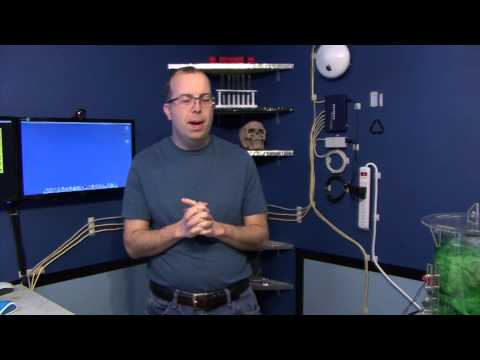 Like we said, Windows XP support is set to be terminated by Microsoft on April 8, and that is also the time frame around which the new 8.1 update for the latest version of the OS will be launched.