Now that Nokia’s mobile division is completely under Microsoft’s control, the Redmond giant is making a few disappointing changes. Firstly, the company is killing the Android powered Nokia X lineup along with the much loved feature phones. Then there are 18000 employees getting sacked in what’s said to be its largest layoff till date.

Microsoft wants to focus on Windows Phone only and everything else means nothing. In an internal memory which was seen by The Verge, Jo Harlow who’s the head of the company’s phone business, has revealed that development will be stopped on the Asha, Series 40 and Nokia X lineups which are now in ‘maintenance mode.’ 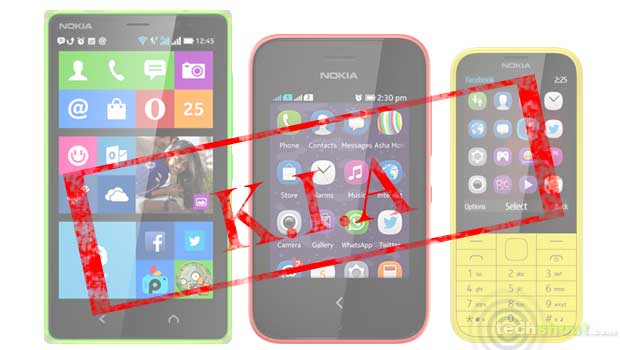 This basically means that there won’t be any new updates or features for the mentioned series. On the upside, Stephen Elop has stated that the company will continue to sell and support existing Nokia X products only. Select Android powered handsets will be brought over to the Lumia series running Windows Phone as low-cost options. So you can forget about an Android-powered Lumia device.

Also see: Windows Phone 8.1 to get folder support, something ‘pretty amazing’ is coming too

Apart from this, the giant is also planning to ditch the popular Nokia MixRadio service by making it available for purchase. Microsoft’s main focus is to design new flagship devices ‘timed with the next release of Windows and Windows Phone’ which is being developed under the codename Threshold. Jo Harlow also went on to disclose that new high-end products will be launched very soon and we’re assuming she’s talking about the Lumia 1525 and the McLaren amongst others.

The Nokia X Android series is mediocre at its best and won’t be missed much, but we can’t say the same for the Asha, Series 40 and other feature phones.