Microsoft Games Studios and Lionhead Studios announced the official release date of the much awaited game Fable II. As per the announcements, the game will be hitting the US markets on October 21, 2008, while the European markets will get the game on October 24th. Fable II will be subsequently released in rest of the world within a few months. 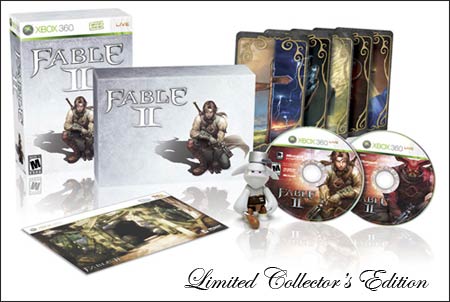 Fable II, the sequel to the popular game Fable was first announced at the Games Developer Conference (GDC) 2008. The sequel claims to have packed in more punches and more rich experience than the first part.

Fable II also claims to introduce a new combat system where the players can master the hand weapons, ranged combat weapons and magic. The game claims to be best suited for both casual gamers and hardcore gamers as it involves the use of different single button on Xbox 360 controllers, making it user friendly. It also promises to offer thrilling action, heart-wrenching emotional ‘genre-bending’ and Xbox Live multiplayer mode. Player can also engage themselves into a solo mode or in co-op mode.

Till the game is released, players can have a peek into the Albion world in Fable II by participating in the Xbox Live Arcade (XBLA). XBLA will be featuring the latest game on August 13, 2008. Also featuring will be the Fable II Pub Games which the players who have pre-ordered a copy of the game are free to access. For those who haven’t pre-ordered can download the Fable II Pub Games via Xbox LIVE for 800 Microsoft points. Fable II has been rated as ‘M’ for Mature.