April is just around the corner which means that we’ll be seeing the second smartphone from Micromax’s Yu subsidy, the Project Caesar, debuting soon. The company has been teasing the handset’s existence throughout the month and it has now revealed some concrete information.

A post on the company’s official Twitter account has posted a couple of specs you can expect to find on the Yu Project Caesar smartphone next month, but it also pokes fun at Xiaomi in the bargain. The teaser image says that the handset will have 2GB RAM, 16GB storage and a 64-bit processor, while the Mi device which is obviously the Redmi 2, has 8GB hoarding space, 1GB RAM and a 64-bit processor. 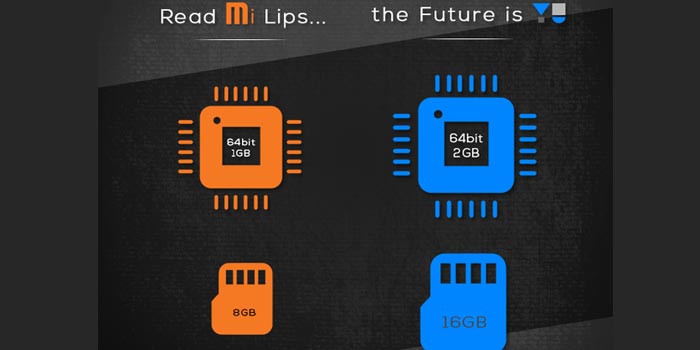 This confirms our previous hunch that the upcoming Yu smartphone will be a smaller version of the Yureka phablet. You can also expect it to fall in the same price category as the Xiaomi handset. Another aspect the company confirmed is that the device will run Cyanogen OS 12 based on Android 5.0 Lollipop out of the box.

Also read: Xiaomi has something to unveil on March 31, the guessing game begins

As for the other features, all we can do for now is speculate and we’ll probably see hardware similar to what most mid-range handset currently offer. In other news, the company could be releasing Android Lollipop for the Yu Yureka phablet any day now.

We expect to see the Yu Project Caesar smartphone arrive sometime mid of April with a price tag of around Rs 7000.