Micromax’s Yu has released two successful smartphones so far, and it now seems ready to launch a third one in the form of a durable device. This can be inferred from the teaser campaign that the company has set into motion through its social media channels.

It yesterday came out with a video showing a device being decimated by being put in a grinder. It was hard to discern what it wanted to convey through the clip, but today’s video does give us an idea about what the next Yu is going to be all about.

It shows a smartphone being used very roughly and still surviving without any scratches. The device is dropped on the floor, rolled down a staircase and what not, before the words ‘You Guess What’ flash on the screen. The company has also started a hashtag campaign on Twitter for fans to guess the new phone’s features. 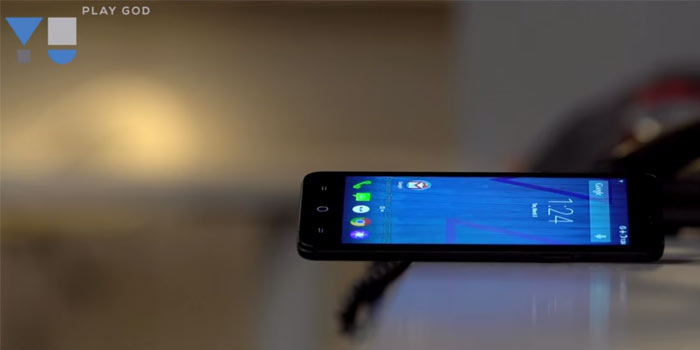 The smartphone itself is also visible in the video but it’s not shown clear enough for us to speculate anything about its design. Of course, it is slated to be unveiled on July 20; so there’s not much time remaining for us to get to know everything about it officially.

Micromax’s Yu released its first ever phone in the form of the Yureka which was positioned as an affordable 4G phablet to rival Xiaomi’s offerings. The company then launched the Yuphoria which had its latest flash sale take place yesterday.

Also See: Yu Yuphoria is official at Rs 6999, fitness accessories unveiled by the company as well

And it seems it’s now time for Yu to showcase its third big offering. Fans can stay tuned until July 20 to know more about this upcoming sturdy handset.