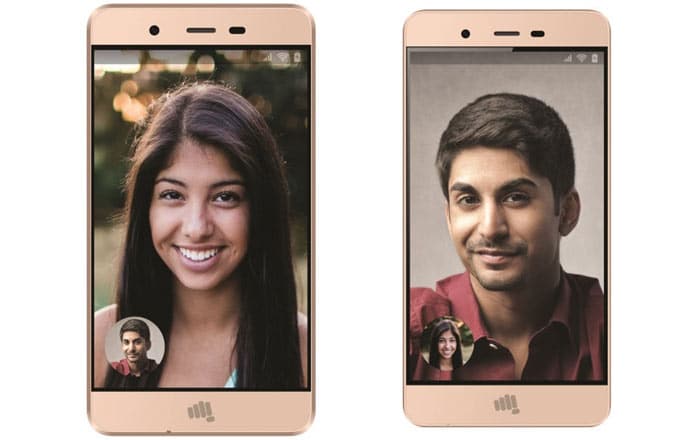 Micromax has come out with two new budget phones with an eye on increasing the popularity of video calling in India, an underdeveloped sector. To hammer this point home, the brand is calling the two the Vdeo 1 and Vdeo 2.

The Micromax Vdeo 1 is priced at Rs 4440, while the Vdeo 2 goes for Rs 4990. Both come bundled with a Reliance Jio SIM card. The brand hopes the low cost combined with the telecom player’s free services will help convert feature phone users who are reluctant to make the switch because of the additional cost of data.

Micromax is also bearing down on making video calling mainstream, bundling the two with support for 4G VoLTE and pre-installing Google Duo and Allo. The devices offer a similar set of specifications and resemble each other in terms of style as well, with the company outfitting both with a metal back cover.

The Vdeo 1 notably packs a 4-inch WVGA screen. This resolution could be considered a major drawback considering the manufacturer’s emphasis on video calling. Being the more affordable option between the new smartphones, the handset packs a smaller display and a lower capacity 1600mAh battery.

Take a quick look at the main specifications of the Micromax Vdeo 2:

The Vdeo 1 and Vdeo 2 are the first members of Micromax’s Vdeo series. The brand plans to expand the lineup with the release of the Vdeo 3 and Vdeo 4 at some point in the future.