A new unannounced Micromax Bolt Q335 smartphone has found its way onto the company’s website, but there’s still no mention of its actual price. However, judging by the kind of hardware it brings with it, we’re expecting it to be made available at a retail value that’s well below Rs 5000.

The Micromax Bolt Q335 is of course a dual SIM 3G supporting device, and it runs Android 4.4.2 KitKat out of the box. It has been blessed with a 4.5-inch display that showcases its visuals in an FWVGA resolution of 480 x 854 pixels. A major highlight of this handset is the fact that it runs on a 1.2GHz quad core Spreadtrum SC7731 processor.

But this CPU is accompanied by a mere 512MB worth of RAM, which won’t help its overall speed. Furthermore, there’s 4GB of inbuilt storage onboard the Bolt Q335 as well, apart from a microSD card slot that will provide support for up to 32GB of additional space. 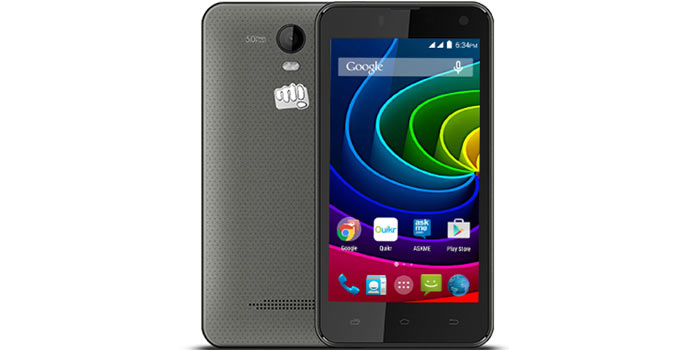 On the rear surface of this Micromax device, you’ll spot a 5MP fixed focus shooter, whereas its front has been adorned by a respectable 2MP camera. The phone is powered by a 1650mAh battery capable of keeping it going for 6 hours of talktime and 280 hours of standby time.

A quick glance at the main specs of the Micromax Bolt Q335: 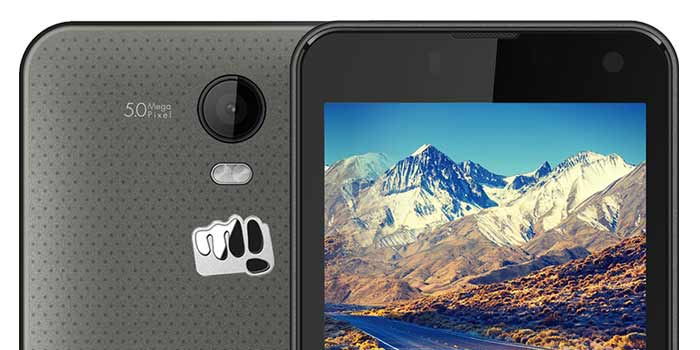 Like we said, the Micromax Bolt Q335 has only been listed on the company’s official site as of now. We’ll have more on it when its exact pricing and availability details are out into the open.