Micromax has finally taken the wraps off its first YU smartphone called the Yureka which comes with CyanogenMod pre-installed and is tagged at a very attractive price of Rs 8999. For this amount, you’d be expecting a mid-range handset and that’s exactly what you’ll get with this release.

However, there are a few surprises onboard. Firstly, the Micromax YU Yureka is a 5.5-inch phablet with a 720p HD IPS display and Corning Gorilla Glass 3. For processing power, the company has employed a 1.5GHz octa core chipset which is the 64-bit enabled Snapdragon 615 with Adreno 405 graphics. 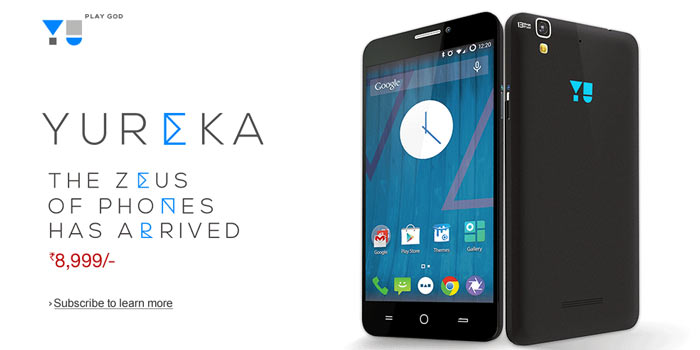 The handset also comes with 4G LTE connectivity and has dual SIM card slots. Considering its size, the 2500mAh battery included here seems inadequate. The biggest disappointment here is that the Indian company hasn’t made this device from scratch, but has imported it off from China.

The phone is said to be a rebranded version of the Coolpad F2 4G according to reports. Micromax’s agreement with Cyanogen has really given OnePlus a tough time and now that it’s offering a mid-range handset for super cheap and with the most popular Android fork, Xiaomi is also going to have a hard time selling its Redmi Note and 1S in India.

Quick recap of what the Micromax TU Yureka has to offer in the specs department:

The Micromax YU Yureka will go on sale in India during the second week of January with registrations commencing tomorrow via Amazon.