Micromax teases new smartphone online, will be priced under Rs 6000

Micromax is certainly feeling the heat from the seemingly never-ending pour of cheap mid-range smartphones in India especially from Chinese OEMs and it’s looking to one-up the competition through a new device which will also use the popular flash sale tactic online. And based on the teaser posted on Twitter, Snapdeal will be the one responsible for this task.

The image you see below clearly hints at a flash sale through the said ecommerce website, but it doesn’t offer anything concrete on the smartphone. Well, the Times of India has managed to get hold of some information through its sources. The publication is reporting that the device will be an entry-level one carrying a price tag of under Rs 6000. 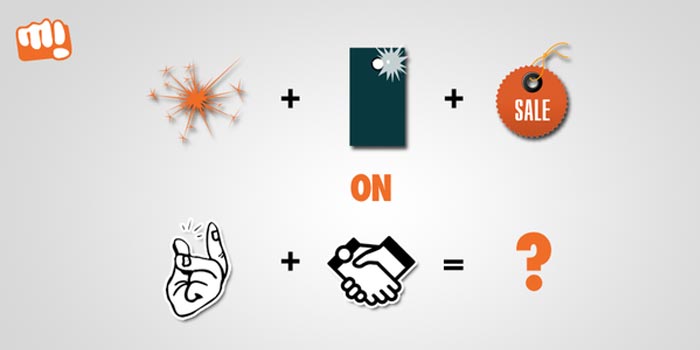 The phone will have a display sized anywhere between 4.3 to 5 inches and be powered by an undisclosed quad core processor. And that’s about all the information we’ve got for now. We could be looking at an Android One-like handset, but there are one too many of these devices on the market and from Micromax as well.

The InFocus M2 manages to offer mid-range specs like an HD display, an 8MP selfie camera and a quad core processor at just Rs 4999. So there’s certainly a good chance that we might see a pretty attractive phone from Micromax soon and it’ll most likely be designed to go up against the new Moto E, the Redmi 2 and the Lenovo A7000.

Micromax will certainly continue with the teasers on its upcoming smartphone and we expect to see some concrete information show up early next week.