A chubby pig dancing with a suit on is how Micromax has chosen to tease the Canvas Doodle 3 during the much revered IPL advertising slots. While nothing about this device is known right now, it’s generating enough buzz for us to expect something big from the Gurgaon-based manufacturer.

‘A Bigger Canvas Coming Soon’ is the message the company is trying to get across. This successor to the Canvas Doodle 2 is hence expected to have a larger and possibly higher definition display than its predecessor. This of course would ask for more processing power, and Micromax would want to deliver on that front too without compromising on its USP of keeping the price extremely competitive. 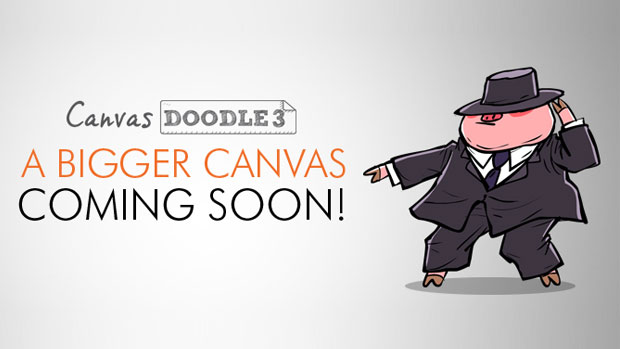 In the interim, we’ve received news about possibly leaked specifications of the phablet. A blog named Gadgets To Use is claiming to have laid hands on the retail box of the Canvas Doodle 3. According to this supposed packaging, it will grab a 6-inch display on its front surface, offering an FWVGA resolution. A 5MP rear camera and a 0.3MP front snapper apparently form part of its offerings, aside from a 1.3GHz dual core processor and the Android 4.2 Jelly Bean OS. 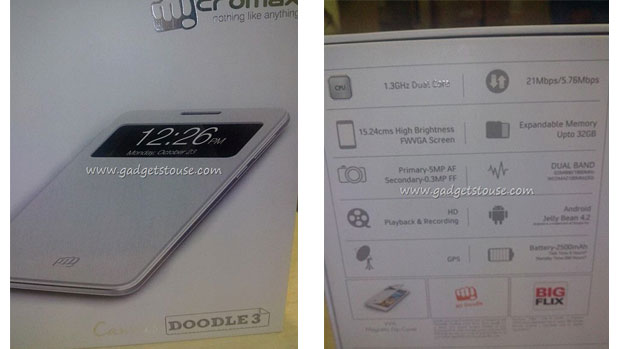 Now, as compared to the Canvas Doodle 2 these components cannot be judged as ‘upgraded’ in any way. The predecessor itself features a 720p HD panel, a 12MP main camera, a 1.2GHz quad core processor and more. It’s this reason that has led us to not believe anything from this report. Besides, why would Micromax choose to tease a handset this much if it features such bland specs?

We’ll keep digging for more information about the Micromax Canvas Doodle 3 and will bring you the latest when we can. 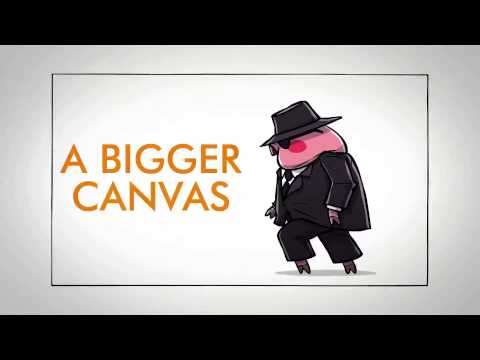