Micromax these days, doesn’t like to fall behind in terms of market trends, and with its purported A200 Canvas Turbo Mini, it will be a party to yet another fad – that of releasing slightly downgraded versions of flagship smartphones. The said device had surfaced through leaks in the past, but it wasn’t known then that it will be branded with the ‘Mini’ tag.

The Twitter account which goes by the name @MMXNewscaster is once again responsible for the leak. As can be spotted in the space below, the press shot of a white variant has been revealed, while that of the black version had been disclosed by it back in December. Regarding its price though, nothing has seeped out yet.

But it seems, we won’t have to wait long to hear about the details. Another image posted by the notorious Twitter account has referred to a possible event happening on January 24. If it’s indeed true, we might get to see the alleged Micromax A200 Canvas Turbo Mini being launched at the same event.

Leaked specifications had in the past revealed that a 4.7-inch HD display with Gorilla Glass 2 protection will form part of the handset’s offerings, apart from a 1.3GHz quad core processor and 1GB worth of RAM. An 8MP snapper will be placed on its rear surface, while 4GB of storage and a microSD card slot will also be present on the the device. 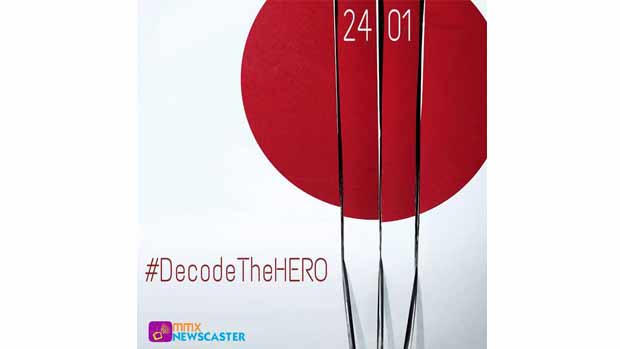 We’ll have more on the Micromax A200 Canvas Turbo Mini when added details about it are out.