Micromax to launch Canvas Gold A300 and WP8.1 device on Monday

It’s been around 6 months since the launch of the Canvas Knight and Micromax is already planning a new flagship under the Canvas Gold A300 branding. The handset has been leaked with specs and images making the rounds online. What’s more, the device is expected to go official at an event next week along with the company’s first WP8.1 handset.

The Micromax Canvas Gold A300 has been spotted in the wild and via press renders. The image below which comes via Desi Gadgets highlights that the phone will drop the small curves as seen on the Canvas Knight and go back to the design used for the Canvas 4. The front panel appears to have a full glass coating and we’re hoping it’s Corning’s Gorilla Glass 3. 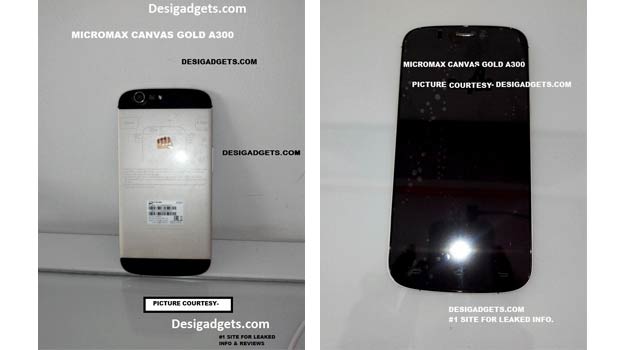 The rear on the other hand, will feature a metal design with black or white choices for the top and bottom panels, while the center one is sprayed in gold. Where specs are concerned, MMXNewscaster states that the handset will have a 5.5-inch 1080p display, 2GB of RAM, 32GB of storage, an 8MP front snapper and a 16MP rear camera. What’s more, the device will be just 6.9mm thick and run on Android 4.4 KitKat.

Round of the Canvas Gold A300’s specs: 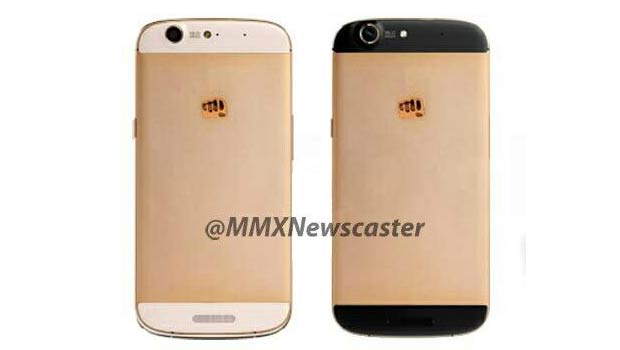 The source has also managed to get its hands on the price. The Canvas Gold A300 should hit the market for around Rs 21,000. Micromax is also working on a high-end smartphone powered by Snapdragon 800 processor. More information on this device can be found at this link.