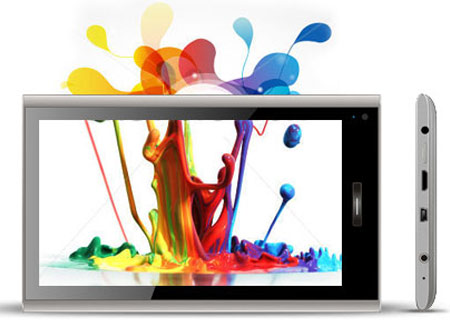 The Funbook Talk P350 has arrived, price and all, providing further evidence to the idea that there will be no dearth of budget Android devices in the tablet market in India anytime soon. Zync, Datawind, Karbonn and WishTel have also been playing on the same field ever since netbooks bowed out quietly.

The P350 runs on Android Ice Cream Sandwich and sports an 800 x 480 7-inch TFT capacitive screen which can deal with five-point touch. Considering the relatively modest 198mm x 120mm x 12.5mm dimensions flaunted by the device and the size of the touchscreen, there may be users who’d like to employ it as a phone too. Well, Micromax has got it all figured out with a SIM card slot for GSM 900/1800 networks embedded into the chassis. 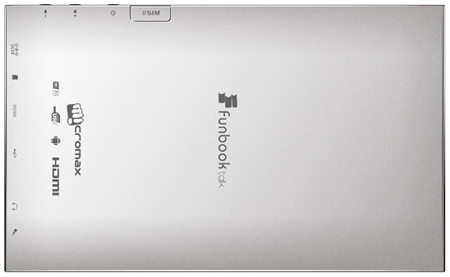 A 1GHz Cortex A8 processor supported by Mali-400 graphics hides at the core of the tablet that is packaged with 512MB of RAM, 2GB user-accessible memory and a microSD slot into which a 32GB card can be slid. On the topic of connectivity, the device also offers 3G dongle support via USB 2.0, mini HDMI, GPRS and Wi-Fi 802.11 b/g/n. Expected to rub along fine with the Google Play store, it even attaches a 0.3MP camera on the front bezel.

The Micromax tablet gets its juice from a 2800mAh, 3.7V capacity Li-polymer battery. The company says that users can hope to stay connected through up to 5 hours of talk time or 4 hours of browsing or 112 hours of standby before having to reach for the charger. Apart from this particular Funbook, the series also has its namesake, the Alpha, the Pro and the Infinity gathered under one banner. 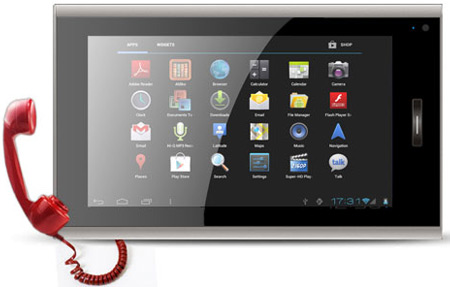 Those in India interested in the laying hands on the Micromax Funbook Talk P350 can order one through Snapdeal by paying the Rs. 7,299 price.