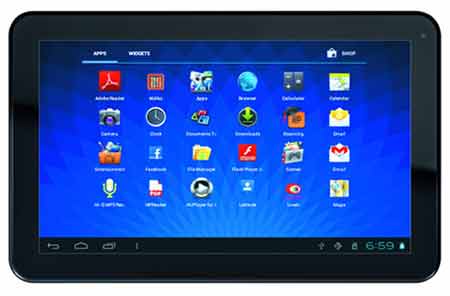 A successor to the previously released Funbook tablet, the Micromax Funbook Pro has been launched in India and is currently available though Snapdeal. The 10.1-inch slate attaches an affordable price tag and requires Tata Docomo Photon+ data cards for internet access.

Unlike the 7-inch Funbook, the Pro version has been blessed with a larger capacitive screen that offers a multi-touch real estate of 10.1 inches. Capable of rendering visuals in 1024 x 600p resolutions, it can be used to launch multiple operations at the same time, thanks to the Cortex A8 processor that clocks in a speed of 1.2GHz and 1GB DDR3 RAM. The slab also boasts of its ability to support high definition video playback.

The Android Ice Cream Sandwich-based device has been fitted with a VGA front-mounted webcam to facilitate not only recording videos and capturing pictures, but also video conferencing on the move. It ships with 8GB onboard storage and an expansion slot to increase the memory by up to 32GB using a microSD card. And if that’s not enough, the slab comes with an integrated A/V player as well as a graphics processor for enhanced multimedia processing. 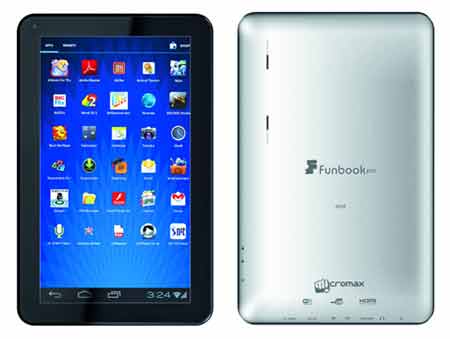 This Wi-Fi-enabled tablet sports an HDMI v4.1 output and a USB port to establish connections with multiple devices and peripherals. It can offer 3G connectivity, but only with the assistance of an external 3G dongle. Additionally, users can open, view and edit Word documents, Excel spreadsheets, PowerPoint presentations and more on this slate.

The Micromax Funbook Pro price in India is tagged at Rs. 9,999 and it is now available through online retailer Snapdeal.