We’ve been hearing rumors of a Micromax smartphone running CyanogenMod out of the box and it looks like the device will end up being the next flagship with the Canvas 5 branding. A new report has surfaced claiming to have information on the device and also a possible price, but no release date.

DroidGoblin has learned from a reliable source that the Micromax smartphone with CyanogenMod will ship as the Canvas 5 and that it will be powered by a new octa core MediaTek processor. Based on this, our first deduction was the MT6595 SOC that was revealed last week, but the report notes that the chipset will carry the MT67xx branding. 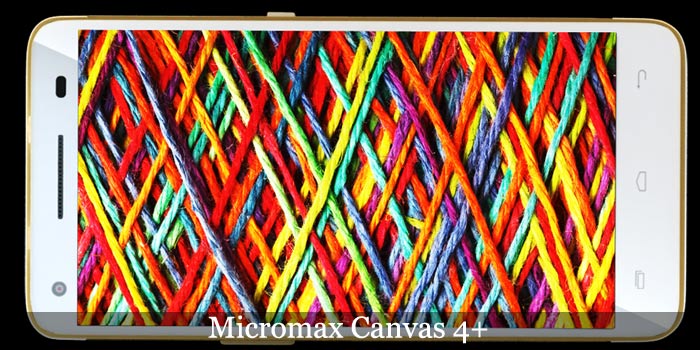 This narrows down the possibility to just two SOCs, the MT6752 and MT6795, both of which are based on the Cortex A53 that is ARM’s power-efficient 64-bit processor (the successor to the Cortex A7). This is the same design used in the Snapdragon 410 quad core chip and the Snapdragon 615 octa core SOC. The MT6752 has a 1.7GHz clock speed and Mali T760 graphics, while the MT6795 is clocked at up to 2.2GHz with a PowerVR G6200 GPU.

Clearly, both chipsets are very powerful, but they will cater to the mid-range segment since the high-end market will be dominated by the Cortex A57 design. With either of the two MediaTek chips, the Micromax Canvas 5 will be able to deliver Wi-Fi ac and 4G LTE Cat.4 connectivity as well as wireless charging and 4K video capture.

On the hardware front, the report notes that the device will have a 5-inch 1920 x 1080 pixel panel fitted within an aluminum design. Apart from this, there will be 2GB RAM, 16GB storage and CyanogenMod based on Android 4.4.4 KitKat.

The Micromax Canvas 5 is said to be priced under Rs 22000 which would make it the cheapest 64-bit smartphone in India. Do remember, the details mentioned here are unconfirmed and we recommend taking the information with a pinch of salt.