Micromax Canvas Xpress A99 launched in India with Rs 6999 tag

The new Micromax Canvas Xpress A99 is all set to invade the Indian smartphone market equipped with an impressive array of specs. Priced at just Rs 6999, this device will be offered exclusively by Flipkart from December 8 onwards.

The Micromax Canvas Xpress A99 features a 4.5-inch FWVGA touchscreen display, and runs on a 1.3GHz quad core processor from MediaTek. This CPU grants it the HotKnot feature which works just like NFC, allowing users to easily exchange data by tapping two devices together. 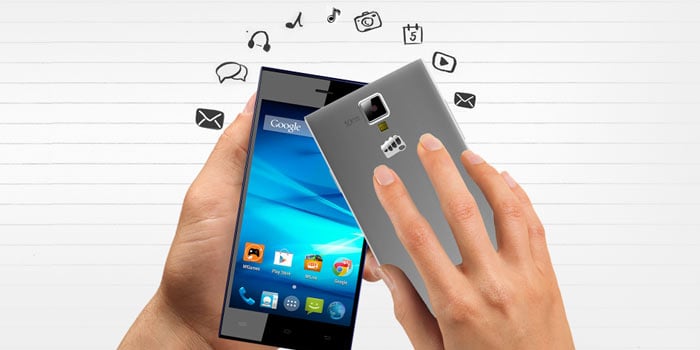 The phone also kicks in a new Smart Wake feature which enables you to set personalized gestures meant to open applications right from the lockscreen. While 1GB worth of RAM has been granted to this Micromax device, 8GB of storage is also present onboard, apart from a microSD card slot that supports up to 32GB worth of additional space.

Android 4.4 KitKat is the preferred OS of the Canvas Xpress A99, and there has been no mention of a possible Lollipop upgrade in the future. A 5MP camera sits pretty on its rear surface, while a VGA snapper has been placed on its front face. Powering the handset from within is a 1950mAh battery which offers talktime of 7 hours and standby time of 240 hours.

Here’s a clear look at the specs of the Micromax Canvas Xpress A99:

Like we said, Flipkart will begin selling the Micromax Canvas Xpress A99 from December 8 onward in exchange of an affordable Rs 6999.

Facebook
Twitter
Pinterest
Linkedin
ReddIt
Tumblr
Flip
Previous articleXiaomi Redmi 1S handset to be back on sale in India on December 8, no registrations needed
Next articleHTC 8XT will be getting Windows Phone 8.1 update later this month