Micromax will soon release a new Android phablet in India under the canvas XL2 A109 moniker and the handset should go on sale with a price tagged below Rs 10000. The phone has been spotted on the company’s website and it’ll run on Android 4.4 KitKat out of the box.

The Micromax Canvas XL2 A109 will be amongst the few KitKat phablets in the entry-level segment. The smartphone would appear to be the successor to the original 6-inch A119 XL model that went official back in January, but it’s not. This one will have a smaller display of 5.5 inches with the same 960 x 540 pixel qHD resolution. 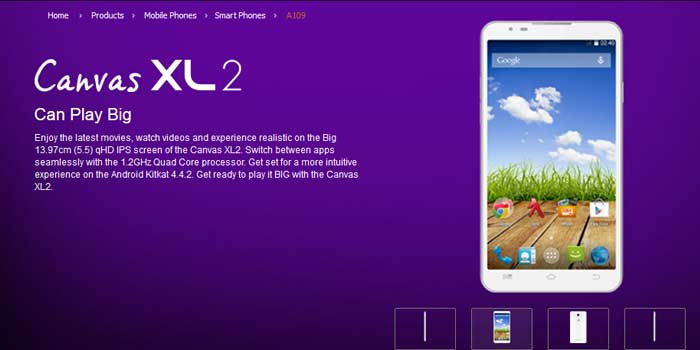 And in place of a 1.3GHz quad core processor, the Canvas XL2 A109 phablet packs a 1.2GHz MT6589M chipset. The cameras have also been downgraded to 5MP rear and VGA front with the former capable of 720p HD video recording. And while 3G support is present, there’s no mention of dual SIM compatibility.

Also see: This is your last chance to grab the Moto G in India, G2 launch happening on September 5

On the upside, the handset comes with a newer version of Android and it also has a larger battery of 2500mAh which can deliver up to 8.5 hours of talk time on a single charge. The memory provisions are still the same with 1GB of RAM and 4GB of ROM being onboard. The phone also offers a microSD card slot supporting up to 32GB.

Micromax Canvas XL2 A109 specs round up: 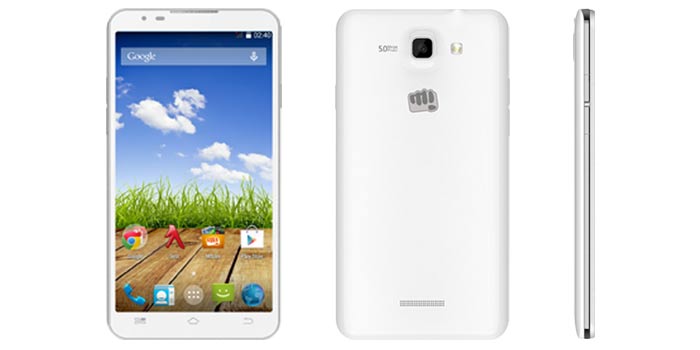 The Micromax Canvas XL2 A109 is yet to go official and it should reach stores in the coming days priced under Rs 10000. More information on the handset can be found on the official website.