The Micromax Canvas Tab P650E CDMA tablet has been unofficially put up for sale in India, while another gadget called the Funbook Mini P410i has been listed on the company website. Another Android-based slate dubbed Funbook Ultra HD P580 was released yesterday along with the Duet 2 and Canvas Blaze HD in the country.

Let’s first take a look at the Canvas Tab P650E. This affordably-priced CDMA device makes the most of the Ice Cream Sandwich platform and nothing has been mentioned about an update to the later versions of the Android OS. It flaunts a 7-inch touchscreen and even plays host to dual cameras. The tablet’s specs list has pointers like a quad core processor, 512MB of RAM, 4GB expandable memory and a 3000mAh battery amongst other things. 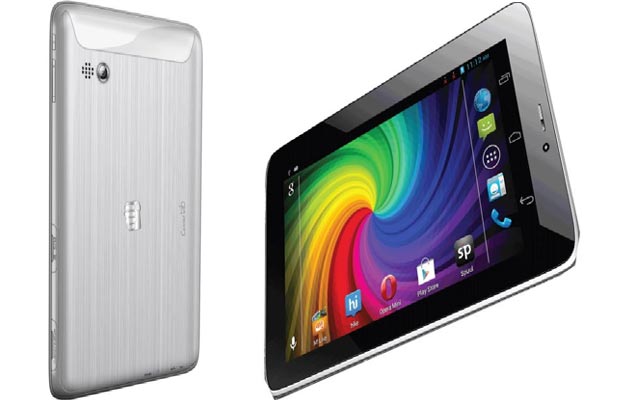 As for the Micromax Funbook Mini P410i, it too is a 7-inch slate and claims to have the ability to render visuals in 1024 x 600p resolution. A 5MP rear snapper and a 2MP webcam can be found on the gadget running the Android Jelly Bean 4.2.1 OS. Its dual core processor can clock in a maximum speed of 1.2GHz and has 1GB of RAM, 4GB of onboard storage and a 2800mAh battery for company. 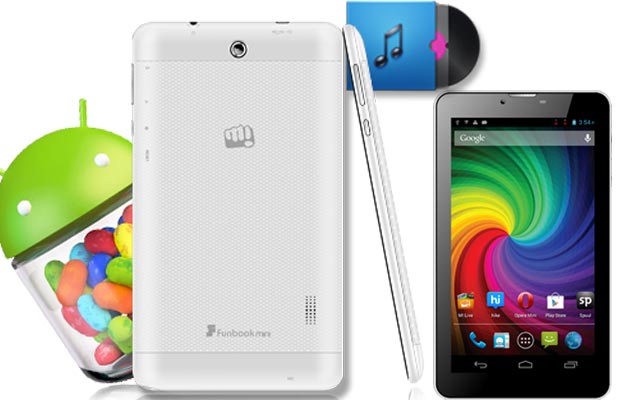 The Micromax Canvas Tab P650E has been priced at Rs 8,999 at Infibeam, while the availability details of the Funbook Mini P410i continue to be under wraps. The latter can be seen listed on the company website.