The Micromax Canvas Tab P650 is the first tablet to have been introduced under the Canvas category which is known for its Android smartphones. This company already has a slew of entry-level Funbook slates to its credit, most of them priced under 10K and with the device in question, it seems to be looking forward to making its mark in the mid-range tablet segment. Those interested in laying their hands on it will have to part with Rs 16,500.

Available in shades of white and blue, the Canvas Tab featuring an 8-inch IPS capacitive touch panel gorges on Jelly Bean 4.2.1 and is likely to receive OTA updates in the future. This voice-calling device can support 3G networks out of the box and has built-in Wi-Fi for web access through hotspots. The usual sensors have also been placed on it along with a set of cameras to facilitate capturing images, recording videos and making face-to-face conference calls. A 2MP snapper has been fitted on the front side, while a 5MP auto focus lens can be seen perched on the rear surface. 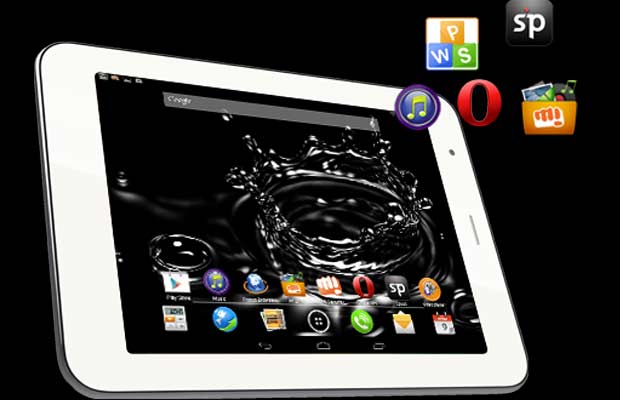 A 1.2GHz quad core processor hides within the tablet along with a 4800mAh battery for a long power life and 1GB of RAM. Its total internal hoarding space amounts to 16GB and a microSD expansion slot has been provided to increase the storage further by up to 32GB. And what’s more, it will come pre-loaded with applications like Opera Mini, Spuul, Music Hub, M! Live, M! Security and many more.

The Micromax Canvas Tab P650 is now up for grabs in India through major retail channels and online shopping portals.