After launching the super affordable sub-Rs 5,000 Funbook P280 tablet, Micromax has taken the wraps off a very interesting smartphone, the Canvas Power. The new handset comes with a 4000mAh battery which is typically found in large devices like phablets and tablets. In this case, the high capacity battery is fitted within a 5-inch design.

The Micromax Canvas Power is yet to get unveiled, but like most budget devices, it has already gone on sale ahead of launch. The device was recently spotted on the company’s online store and based on the details divulged, it will cater to the entry-level segment. The handset is being touted to deliver ‘endless conversations,’ albeit the specs sheet draws a completely different picture. 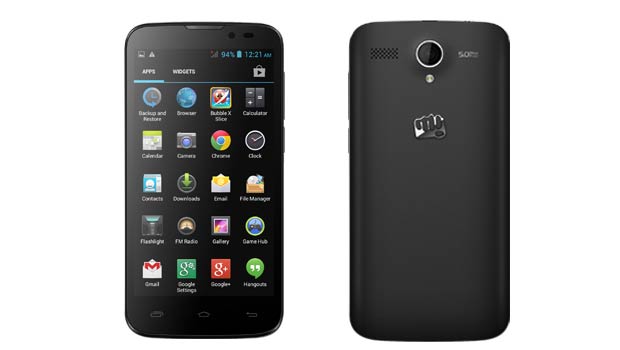 In spite of having a large 4000mAh battery, the Micromax Canvas Power is only capable of delivering up to 13.5 hours of talktime, which is a disappointment. It is also unclear of which version of Android comes preloaded as both 4.1 and 4.2 Jelly Bean have been mentioned in separate places.

The Micromax Canvas Power sports a 5-inch FWVGA display on the front and a 5MP camera on the rear. On the inside, there are dual SIM card slots, a 1.3GHz quad core MediaTek processor, 512MB of RAM and 4GB of storage. A microSD card slot is also onboard.

You can purchase the Micromax Canvas Power through the company’s official online store. But, be warned, the details provided appear to be inaccurate. The handset is tagged at Rs 9,900.

Update: The Micromax website has been updated with new information stating that the phone will have 13.5 hours of talktime and not 5.5 hours as shown in the specifications sheet.