We’re seeing a new Micromax‬ Canvas Nitro 4G E455 handset in India which is looking to cash in on the sudden spike in the demand for LTE smartphones. This device is still to be made official, but all its crucial details have already been leaked, including its price.

The Micromax‬ Canvas Nitro 4G has its price set at Rs 10999. At that retail value, you be getting quite a package, making it a pretty neat device to own for those who wish to experience the newly released 4G connectivity in India.

This Micromax device has been outed by Mumbai-based retailer Manish Khatri whose @MaheshTelecom Twitter account frequently keeps leaking details about smartphones. Moreover, the phone has also been listed by Indiatimes Shopping at a slightly lower cost of Rs 10430. 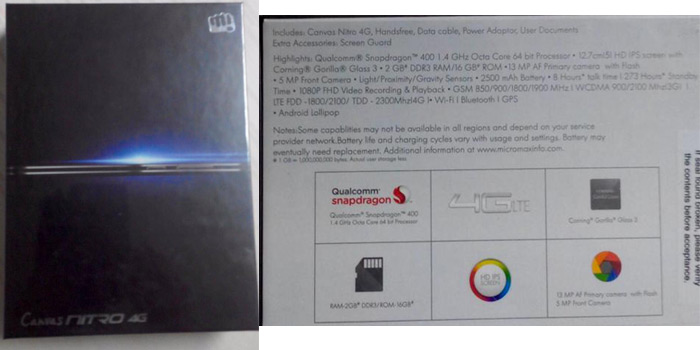 The Canvas Nitro 4G has been fitted with a 5-inch 720p HD display which is complemented on the front surface by a 5MP selfie camera. On its rear end, you’ll find a 13MP main snapper which is accompanied by a flash module. This dual SIM device runs Android 5.0 Lollipop, and offers 2GB of RAM, aside from 16GB of expandable storage.

Here’s a neat look at the key specs of the new Micromax‬ Canvas Nitro 4G: 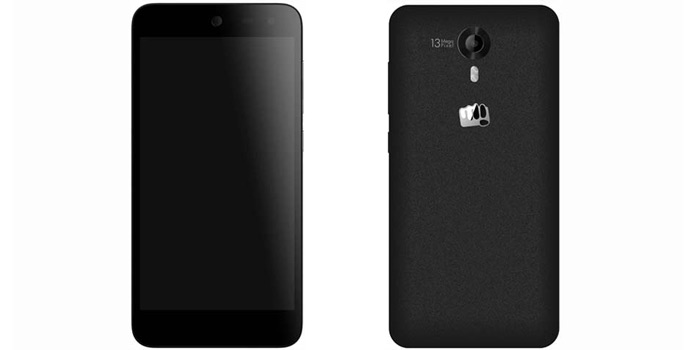 There’s some ambiguity surrounding its processor though. The image released by the above mentioned leakster shows that a Snapdragon 400 chipset has found its way inside the device. At the same time, it also mentions that the Micromax handset carries a 64-bit 1.4GHz octa core CPU which is not at all supported by the SoC.

We guess the final details will only be revealed when the Micromax‬ Canvas Nitro 4G is made official by the company. Let us wait and watch when that happens.