The Micromax Canvas Knight A350 is said to have been launched in Russia and we hear that the gadget is planning to make its grand debut in India as well. Only recently, Micromax entered Russia and it has already introduced a few devices including the Canvas Social and Canvas Beat which are nothing, but variants of the Canvas MAd A94 and Canvas 2.2.

Trusted source for leaks regarding Micromax devices, @MMXNewscaster, had outed the gadget last month itself. And along with the handset’s pictures, the handle also tweeted some of its main specifications. Reportedly, the new Canvas contender will be jumping on the gold bandwagon and it will even come drenched in the usual shades of black and white. 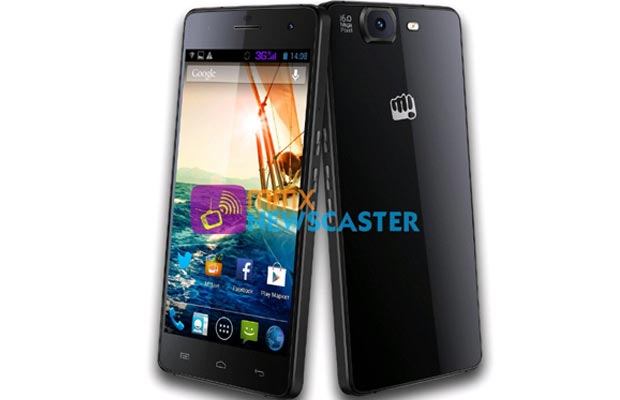 Coming to the specifications, this Micromax Canvas is likely to be powered by an octa core processor that can clock in a maximum speed of 2GHz. On the front panel of the chassis measuring merely 7.3mm in thickness, rests a 5-inch touchscreen that has the ability to deliver full HD resolution.

And what’s more, this smartphone brings 2GB of RAM and as much as 32GB of onboard memory. But we have no idea if its internal storage is expandable or not. Apparently, the handset has a 13MP primary camera in addition to a 5MP webcam for obvious reasons.

The Canvas Knight A350 phone’s availability or price details have not been revealed as yet, but we are expecting an official announcement very soon.

Leaked specs of the Micromax Canvas Knight A350: