Micromax has launched another smartphone with a super-sized battery, the Canvas Juice A177, which has gone on sale in India for Rs 8,490. Just so you know, this smartphone is not the same Canvas Juice A77 which made its appearance back in November last year for Rs 8,000. In fact, the new addition looks to be a slightly tweaked version of the latter with not many differences in specifications and features.

In fact, the only modification made to the hardware is the processor speed. The Micromax Canvas Juice A177 has a 1.2GHz MTK6572 dual core processor, while the A77 rocks a 1.3GHz CPU of the same make. The latter smartphone also has a 3000mAh battery. Appearance-wise, the front looks like it has been given slight cosmetic changes, but none too noticeable. 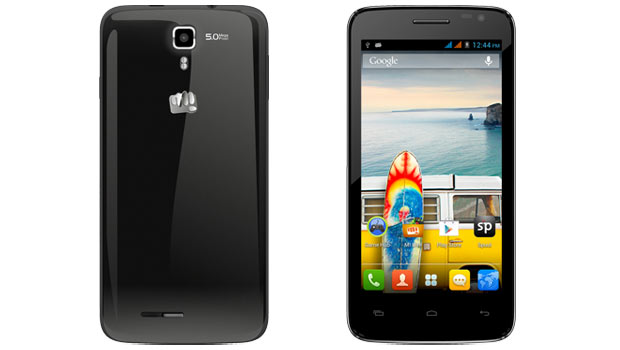 Android 4.2 Jelly Bean is also the host on the Micromax Canvas Juice A177. Even with the large 3000mAh battery, the smartphone can only render 10 hours of talktime which is a big disappointment. We were hoping to find better activity time on the hew handset, to say the least.

We’re really not sure why Micromax would waste resources on the Canvas Juice A177 when all it brings to the table is a lower clock speed which could be achieved with a simple software update. Nevertheless, the phone is up for grabs through eBay. Be sure to check out the product pages for the A177 and A77 to compare both handsets.