Micromax’s newest smartphone which is called the Canvas Hue has been made official carrying some pretty interesting features. The device is being touted with a great display and focuses on delivering extended battery life which is made possible through a combination of hardware and software.

Judging by the name Micromax Canvas Hue, you’re probably under the impression that the phone comes in colorful shades. However, that isn’t the case, but the moniker is of some significance. It’s basically to denote that the device has a Super AMOLED display which is mainly found on premium Samsung phones. 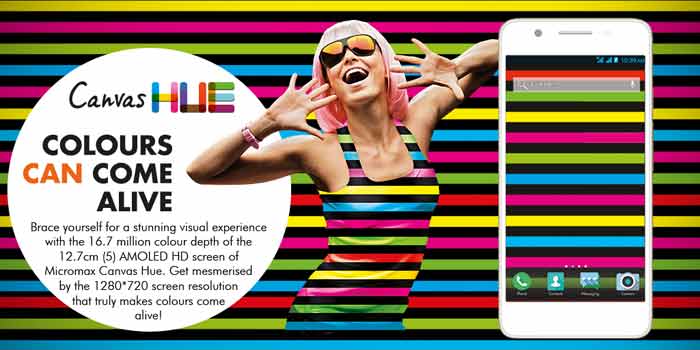 The screen used here is 5 inches wide with 720p HD resolution and there’s Corning Gorilla Glass 3 onboard as well. To complement the display, a large battery of 3000mAh capacity has been thrown in. And there’s a Power Saving Mode onboard as well, which works in a similar fashion as the ones found on flagship phones like the Xperia Z3, Galaxy Note 4 and HTC One M8.

Despite these features, the Micromax phone is only capable of around 9 hours of talk time which is very disappointing. And you can expect approximately 280 hours of standby. The Canvas Hue has Android 4.4 KitKat preloaded and the company has promised a guaranteed update to version 5.0 Lollipop. Also, you get a custom UI with support for themes. 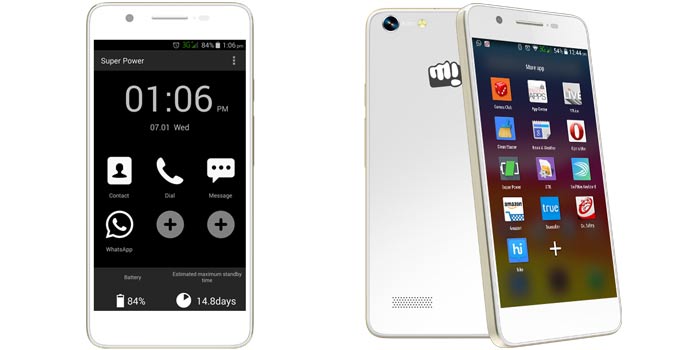 The Micromax Canvas Hue is priced at Rs 10999 and it will be available in a gold with white color scheme.