Available for purchase online is the new Micromax Canvas HD Plus smartphone which has its price set at Rs 13500. This device is the bearer of the Android 4.4 KitKat OS and it gains its steam from a hexa core processor most probably made by the company’s longtime partner, MediaTek.

Although Micromax is still to officially unveil the smartphone, it has landed on Infibeam in two color options – black gold and white gold. The Canvas HD Plus features a 1280 x 720 pixel display of 5 inches in size. It houses an 8MP camera on its rear surface, alongside a flash. For selfies and video chatting, there’s a front-facing 2MP snapper onboard as well. 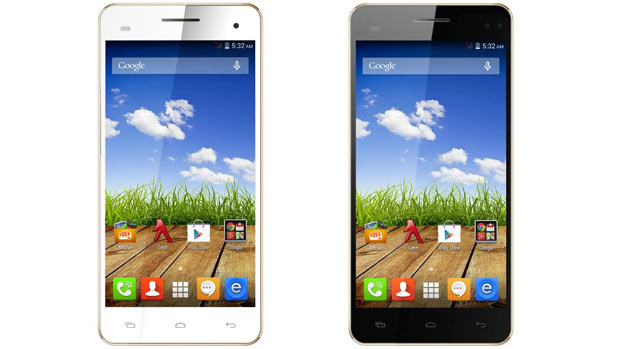 While a 1.5GHz hexa core processor produces the fuel needed to handle its operations, it is assisted in this department by 1GB worth of RAM. There’s 8GB of storage available on the Canvas HD Plus, but a microSD card slot ensures that it can be expanded further up to 32GB. This handset is kept going by a 2000mAh battery.

Here’s a clear look at the specs of the Micromax Canvas HD Plus:

Infibeam is where you need to be headed if you’re interested in buying the Micromax Canvas HD Plus right now. As revealed above, this smartphone has its price set at Rs 13500.