Micromax Canvas HD A116 gets a February 14 release date 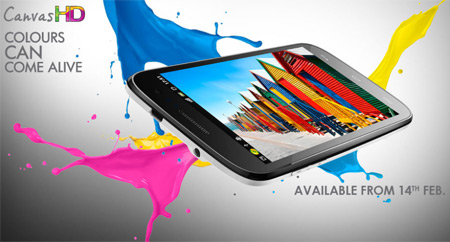 The Micromax Canvas HD A116 release date has now popped up on the company’s website, while the device’s price details were divulged last month. The smartphone will be showing buyers some Valentine’s Day love and it will be available for less than Rs. 15,000 packing an HD display and the Jelly Bean platform.

The device is the third installment to the company’s 5-inch smartphone series of the same name. As its moniker suggests, the capacitive multi-touch IPS display employed here will proffer an HD resolution of 1280 x 720 pixels. The screen isn’t the only component to get beefed up. The device will also arrive with a quad core processor compared to the dual core CPU employed in its predecessor.

The SOC being equipped here is the MediaTek MT6589 which is based on the ARM Cortex A7 architecture having a clock speed of 1.2GHz and a PowerVR Series5XT GPU from Imagination Technologies. For snap-happy customers, the rear features an 8MP camera that’s complemented by an LED flash for low-light image capture. 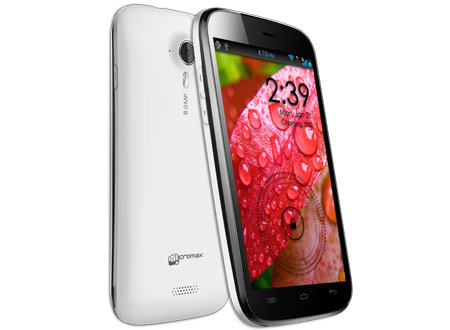 The internal storage capacity hasn’t been disclosed as yet, but it’s safe to speculate that the handset could house 4GB to 8GB of integrated memory and the RAM is likely to stand at 1GB, that’s provided the company keeps up with the recent trends. Where connectivity is concerned, the device is expected to arrive with the usual attributes such as Wi-Fi b/g/n for web browsing, Bluetooth (possibly 4.0 based on processor specs) for file transfers, GPS for navigation and 3G cellular support.

The manufacturer has been on a roll recently by launching a plethora for phones. In January itself, the company announced not less than 5 devices including the one being spoken of. They comprise of budget-friendly smartphones such as the A65 Smarty 4.3, the A89 Ninja and the A30 Smarty 3.0.

The Micromax Canvas HD A116 will be released for purchase starting February 14, 2013. The device is expected to go on sale through the company’s website in India and it should also be available via online and local retailers for under Rs. 15,000.

Here’s a quick glance at the device’s specifications: