Micromax Canvas Gold A300 is one powerhouse of a phone, it’s available now at Rs 24000

Before Micromax could make it official Infibeam has jumped the gun and has made the Canvas Gold A300 available through its site. This high-end device with a competitive price of Rs 24000 benefits from an octa core processor as well as a 1080p full HD display, among other impressive components.

The Canvas Gold A300 runs the Android 4.4 KitKat OS, which makes it one more handset from Micromax’s lineup to bear the said platform. It comes equipped with a 5.5-inch full HD display which is accompanied on its front surface by a 5MP webcam. Things get more impressive as we move towards its back where a 16MP primary camera has been placed. This snapper grabs a Sony sensor moreover. 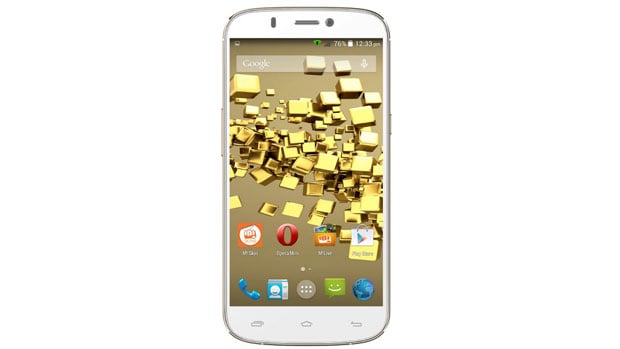 A full-aluminum gold finished body makes its way onto the device which has its sides measuring just 6.9mm. The Micromax Canvas Gold A300 features a 2GHz octa core processor and 2GB worth of RAM. It has been blessed with 32GB of storage memory and hence, does not kick in a microSD card slot.

A 2300mAh Li-Polymer battery can be found inside this smartphone, and it’s tasked with keeping it going for 8 hours on the trot, with respect to talktime. This power unit offers a browsing time of 4 hours, whereas a standby time of 210 hours can be grabbed through it.

Here’s a brief look at the specs of the Micromax Canvas Gold A300: 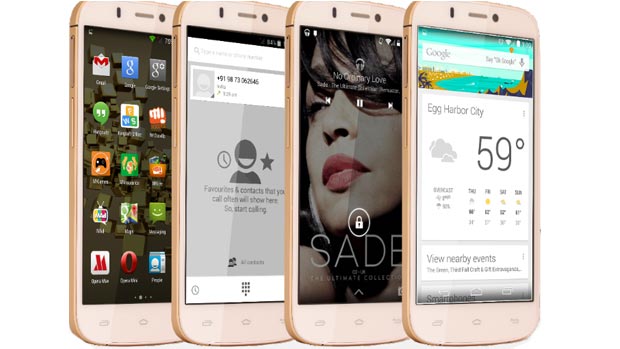 If you’re interested in the Micromax Canvas Gold A300 you can head over to Infibeam now to purchase it at Rs 24000.