Micromax Canvas Fun A76 pops up online without an official announcement

The Micromax Canvas Fun A76 has surfaced through an e-retailer in India without waiting for an official declaration by the manufacturer. And since the device has already been revealed in all its glory on Snapdeal, we don’t think Micromax will wait for very long to issue a press note to confirm it. Additionally, this is not the only gadget from the company to have showed up on the web today, the Canvas Doodle 2 that was introduced via its Facebook account, has also graced product pages of a couple of e-retailers.

Featuring dual SIM card slots, the Canvas Fun A76 comes across as a decently spec’d phone that doesn’t dig a huge hole in interested users’ pockets. The candy bar device’s front panel is dominated by a 5-inch capacitive FWVGA multi-touch screen which is accompanied by a 0.3MP webcam to let owners make face-to-face conference calls over Wi-Fi or 3G. And on flipping it over, you’ll find a 5MP camera with flash staring back at you. It binges on Jelly Bean 4.2 which is responsible for bringing an intuitive interface to the table. 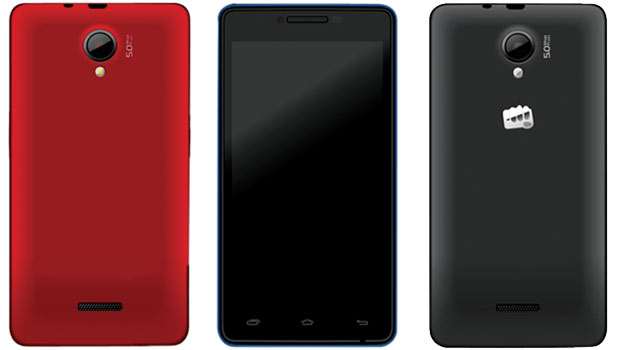 The driving force behind the Micromax gadget is a 1.2GHz processor that works in tandem with 512MB of RAM. 4GB of internal memory has been tossed into the mix and it is likely to sport a regular expansion slot as well. It goes without saying that the common features like Bluetooth, Wi-Fi, GPS, USB connectivity and more can also be found in this smartphone.

The price tag attached to the Micromax Canvas Fun A76 reads Rs 8,499 and it is backed by a one-year warranty.