Update: Micromax has informed us that the phone has landed on Infibeam officially, with its price on the site being Rs 6999.

Original Story: The Micromax Canvas Fire A093 may not have been made official as yet, but a handful of its details have been leaked out already along with its price. Besides, it has even been made available for purchased by a Mumbai-based retailer at nothing more than Rs 6299.

Equipped with a quad core processor and Android 4.4 KitKat, it features 512MB of RAM onboard. This Micromax handset benefits from a 4-inch display which has its resolution set at 480 x 800 pixels. 4GB of storage which is standard for affordable Android devices of its class, makes its way into the Canvas Fire A093, apart from a microSD card slot supporting additional space of 32GB. 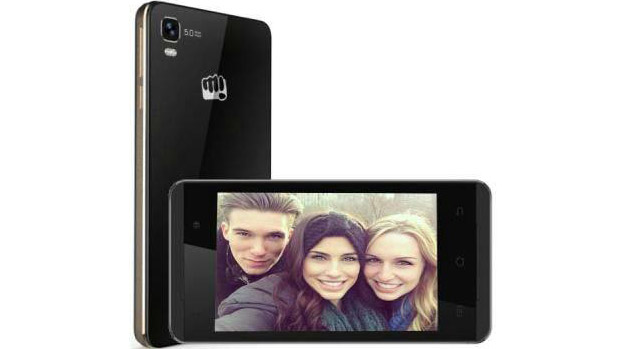 A 5MP camera with fixed focus has been fitted onto its rear surface, whereas a 0.3MP webcam has been placed on its front. This phone will be made available in four different color combinations, with them being black-gold, white-gold, black-silver and white-silver. Its existence has been revealed by Manish Khatri of Mahesh Telecom – which has also started selling it – through his Twitter feed.

Here’s a brief look at the specs of the Micromax Canvas Fire A093:

At Rs 6299, the Micromax Canvas Fire A093 sounds like yet another device from the company which looks to compete in the sub-Rs 7000 Android KitKat handset segment which is dominated by the Moto E.