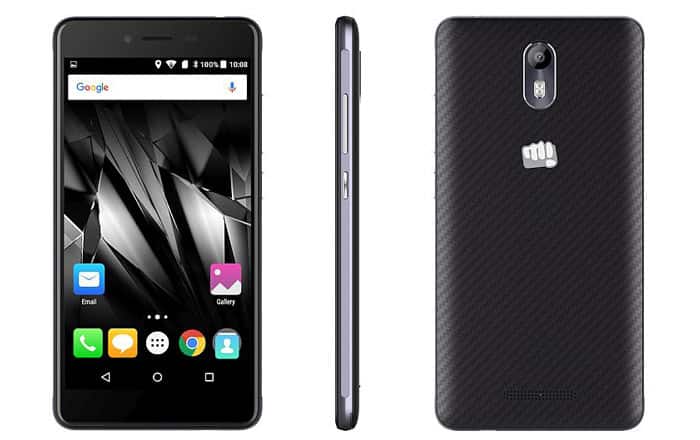 After launching its flagship range for this year, Micromax is back to releasing affordable offerings for its prime audience, and the Canvas Evok is one more product of this approach. This Rs 8499 smartphone boasts of having a 3GB RAM module cradled inside it, apart from other impressive features.

The Micromax Canvas Evok has been revealed to be a Flipkart exclusive. It will be sold by the e-retail website from May 17 onwards. The device is going head to head with the Lenovo Vibe K5 Plus which has been placed at the same price point of Rs 8499.

Micromax has blessed it with a 5.5-inch display featuring 720p HD resolution. It runs on a Qualcomm Snapdragon 415 chipset equipped with an octa core processor clocked at 1.4GHz. There’s 16GB worth of storage onboard, apart from a microSD card slot.

Here’s a quick little glance at the specs of the new Micromax Canvas Evok:

The new Canvas Evok gets its photographing ability with a 13MP camera that’s placed on its rear surface. As for selfies, they are taken care of by a 5MP front snapper. This dual SIM 4G LTE device carries inside it a 3000mAh moreover. Android 5.1 Lollipop is its OS, and there’s no promise of Marshmallow update.

Like we said, the new Micromax Canvas Evok will be going live on Flipkart on May 17, tagged with a price of Rs 8499. It will be interesting to see how well it does against its competition.