Micromax recently launched the Unite 2 to compete against the Moto E, but that wasn’t enough as the company has now introduced an even cheaper phone, the Canvas Engage that offers Android 4.4 KitKat. The handset is priced at Rs 6,199, making it more affordable than the iBall Andi4 IPS Tiger that comes with slightly lower specs and Jelly Bean 4.2.

The Engage hasn’t been officially unveiled by Micromax, but it’s already up for grabs on eBay India. Additionally, the seller who is listed as top-rated one on the e-retailer notes that there are only 6 units available with 4 sold. As expected, the smartphone is dual SIM enabled, supporting GSM networks on both slots and one also being HSPA+ 21Mbps compatible. 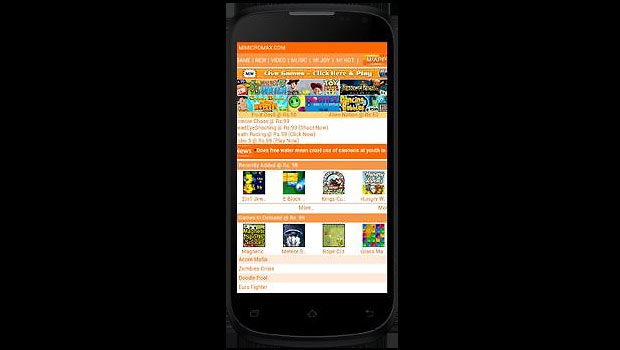 The device gains steam from a 1.2GHz quad core Cortex A7 processor that’s clubbed together with 512MB of RAM. The phone has 4GB of storage and 32GB expandable memory via a microSD card. Other features of the smartphone include Bluetooth, Wi-Fi, a 5MP rear camera, a VGA front snapper and a 1500nAh battery which delivers up to 200 hours of standby or 5.5 hours of talktime. Various apps come pre-loaded with the handset. They include Burn the Rope, Smash It, Marbles, Smartpad, M! Live, Hike, MiGames, Games Club, Kingsoft, Getit, Opera Mini and Reverie phonebook.

Head over to this link if you’re interested in purchasing the Micromax Canvas Engage.