We saw the Micromax Canvas Doodle 3 in the market back in April this year, but the trend among Indian manufacturers to equip their devices with the KitKat version of Google’s OS hadn’t started in full swing then. The phone hence had to make do with the Jelly Bean variant, leading to slight disappointment among its prospective buyers.

But that has changed for good now, even as the Android 4.4 KitKat update has been made available for the Canvas Doodle 3 in the country. It’s an OTA release, so if you own the handset, all you need to do is reboot it to receive a notification and follow the usual process afterwards. 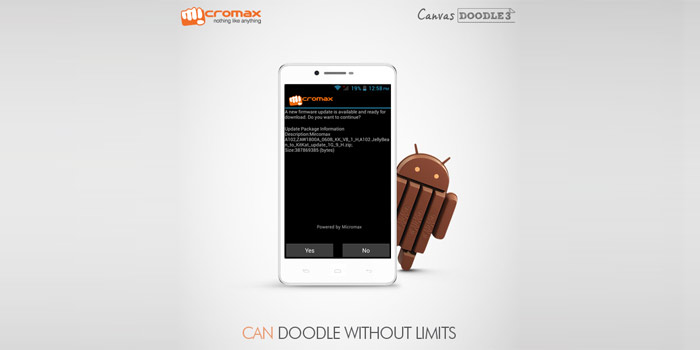 This Micromax phone comes equipped with a 6-inch display that throws it right in the phablet category. It offers its visuals in a 854 x 480 pixel resolution, and runs its operations with the help of a 1.3GHz dual core MT6572 processor and 512MB or 1GB of RAM, depending on the model you choose. A 5MP rear camera has been fitted on it as well, apart from a 0.3MP front one.

Here’s a clean look at the specs which the Micromax Canvas Doodle 3 phablet packs inside it: 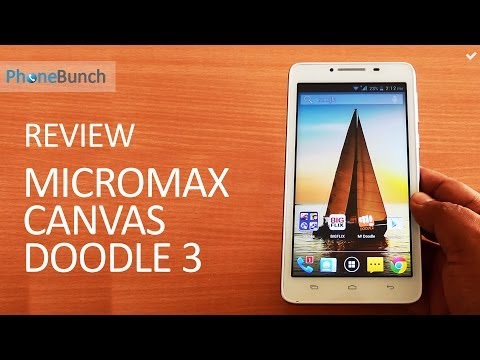 When it was released a few months back, the dual SIM Micromax Canvas Doodle 3 was available for Rs 8500. But its price has now obviously been dropped, and can be grabbed for as low as Rs 7499.