We recently told you that the Micromax Canvas Doodle 2 A240 is coming soon and that the entry-level Canvas Fun A76 has gone on sale in India. The former, after being teased for a couple of days on the company’s official Facebook account, has now hit availability status as well. The device is the successor to the A111 handset which went official back in May for Rs 12,999 (now Rs 10,000).

If you’ve got just about Rs 20,000 and you’re looking for a smartphone that’s a tad larger than the Note 2 with similar specifications, it wouldn’t hurt to take a look at Micromax Canvas Doodle 2 A240. The handset dons a large 5.7-inch IPS touchscreen which proffers visuals in 720p HD. Accompanying it on the front is a 5MP camera which is a common component nowadays in phones. Flip over to the rear and you’ll be presented with a 12MP snapper and a dual LED flash. 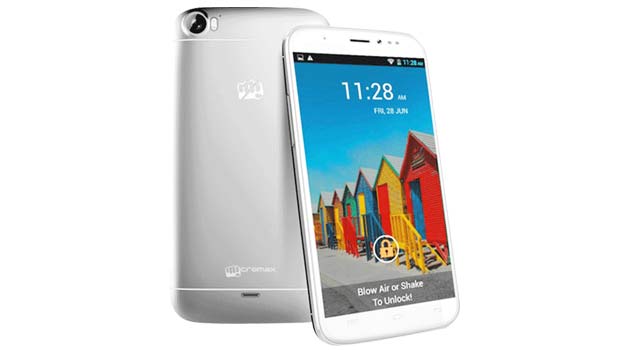 The Android Jelly Bean 4.2 OS is made available out of the box along with a few enhancements including blow or shake to unlock. The Micromax Canvas Doodle 2 A240 is also equipped with the standard components you’d find on most devices. They include dual SIM support, a 1.2GHz quad core processor, 12GB of storage and 1GB of RAM. Lastly, a 2600mAh Li-ion battery aims to deliver up to 8 hours of 2G talktime.

The Micromax Canvas Doodle 2 A240 is currently available for purchase through Snapdeal at Rs 19,990 and while it was also listed on Flipkart, the retailer seems to have taken down the device from its website.