5.7-inch Micromax Canvas Doodle 2 A240 is arriving soon in India

The Micromax Canvas Doodle 2 A240 has been in the spotlight for less than a week and the company wasted no time in going on record to confirm its existence. Yesterday, the official Micromax Facebook page revealed that a bigger Doodle 2 is in the works, and today the phone can be seen listed on Flipkart with a coming soon tag slapped across it. The pricing information of the phablet has been kept under wraps for now.

Similar to its predecessor, the Canvas Doodle 2 will be accompanied by a stylus and like the recently-unveiled Canvas 4, the device is deployed with the blow to unlock feature. With a 5.7-inch multi-touch HD IPS display firmly in place, the smartphone looks all set to give the Galaxy Mega 5.8 a run for its money. Its internal system is driven by a quad core processor that can clock in a maximum speed of 1.2GHz, while the handset relies on a 2600mAh battery that can cough up talk time of around 8 hours in the 2G mode. The Micromax contender’s total internal memory amounts to 12GB. 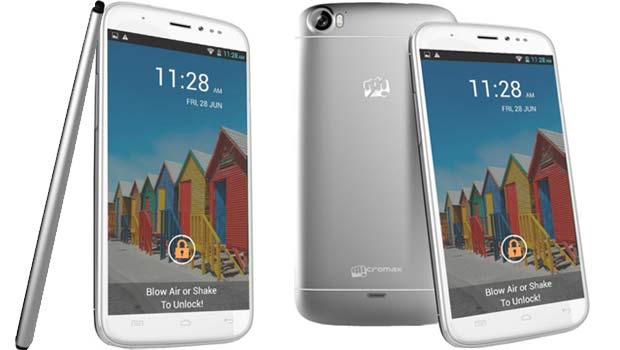 As for the cameras of the Canvas Doodle 2, a 12MP one with dual LED flash has been placed on the rear panel, while a 5MP webcam has been tossed in to facilitate video conferencing over 3G or Wi-Fi. The Android Jelly Bean 4.2-based device even extends support to a couple of SIM cards at the same time.

As we said, the Micromax Canvas Doodle 2 A240 price has not been revealed and it should be available for purchase by the end of this month or in early September.