Micromax Canvas Blaze HD EG116 up for sale, Bolt A075 shows up

The Micromax Canvas Blaze HD EG116 was listed on the official website a while ago and it has now been made available in India through an online retailer for a wallet-friendly price. Another phone dubbed Duet II can be purchased via the Micromax eStore and the Bolt A075 has been introduced by the company as well. The Bolt device was already up for grabs via some shopping portals.

Let’s take a look at the specifications of the Canvas Blaze HD, which plays successor to the Blaze CDMA phone. Just like the latter, the phone in question is a CDMA device and its second SIM slot is compatible with GSM networks, thus offering the best of both worlds. It is a 5-inch phablet, flaunting an IPS display of HD resolution. 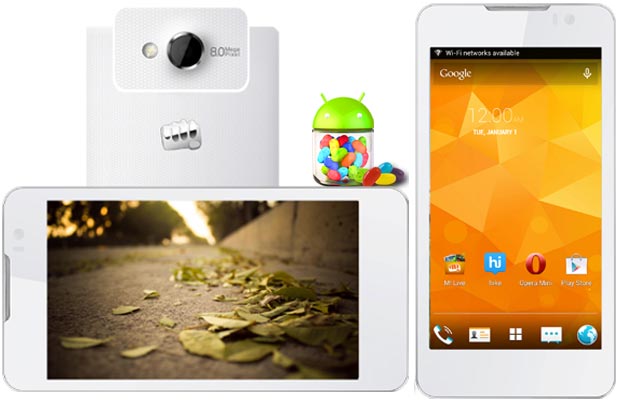 Based on the Jelly Bean 4.1 OS, the Micromax smartphone is fueled by a 1.2GHz MSM8625Q processor and 1GB of RAM. Its onboard memory is merely 4GB, but you can expand it further with a little assistance from a microSD card of not more than 32GB capacity. An 8MP rear camera and a 2MP webcam have also been tossed into the mix.

As for the Bolt A075, it is an Ice Cream Sandwich-based device which is driven by a dual core 1GHz ARM Cortex A5 smartphone. The 5.2-inch device sports an 8MP rear camera as well as 0.3MP webcam and brings all the common connectivity options. Its 2200mAh battery can cough up the juice for talk time of about 8 hours. 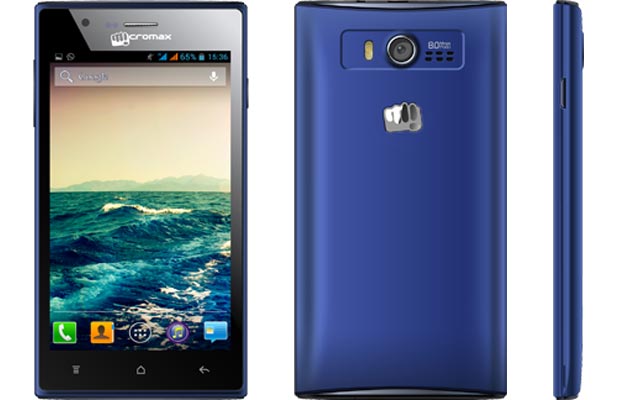 The Micromax Canvas Blaze HD EG116 is available through Snapdeal for Rs 15,999 and the Bolt A075 can be picked up via Homeshop18 for 6,499. The Canvas Duet II is already available for Rs 16,000 at the official eStore.