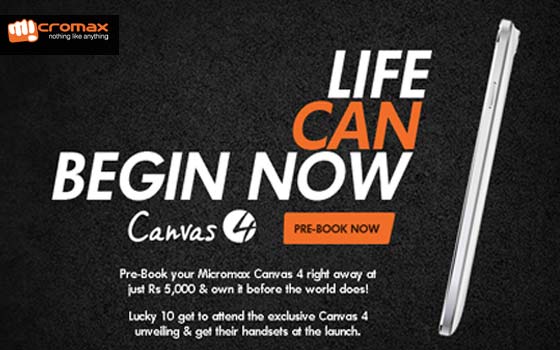 Precisely a week ahead of a formal announcement, the Micromax Canvas 4 A210 has been caught in the news with various reports taking a go at its specifications. Since Micromax has chosen to build up the curiosity for the moment, we believe amusing ourselves with a few unofficial leaks wouldn’t hurt anyone.

Agreeing with our earlier articles, the current speculations have the Micromax Canvas 4 boasting of a 5-inch screen like its older sibling. But the estimations seem to deflect with regard to the resolution. As per the fresh set of rumors, the smartphone will be touting a 720p touch panel instead of a 1080p display.

The existence of a 13MP camera was more or less validated in the teaser video which had drifted out into the open last month. However, it comes as a pleasant surprise to learn about a 5MP webcam for the Micromax Canvas 4 through BGR India. This could count as a favorable development over the previously rumored 2MP lens. 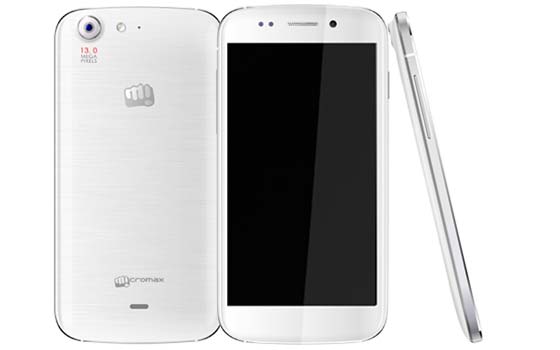 Also, the aforementioned report suggests that people are expecting 1GB of RAM and not 2GB, aiding a quad core MediaTek MT6589 CPU that will be clocked at 1.2GHz. Holding AndroidOS.in responsible for delivering the news, the post also states that the Micromax Canvas 4 will run Android 4.2 out of the box and it will draw power from a 2,000mAh battery.

Pre-orders for the Canvas 4 are in full swing and those interested can call dibs by shelling out Rs 5,000 at the moment. The balance price will be revealed when the device is shown to world on July 8. The offer to let 10 lucky winners attend the launch event still stands. So those who haven’t registered for the device could try their luck.